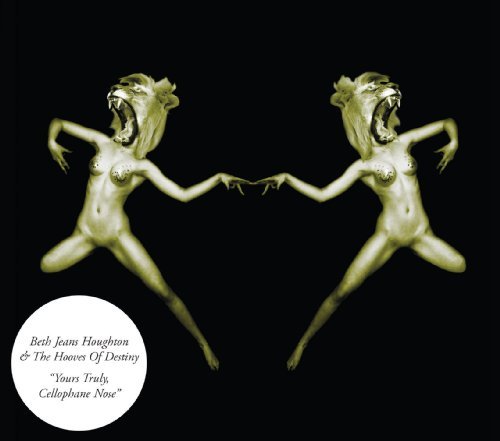 At just 33 minutes long, Your Truly, Cellophane Nose is chaotic, cluttered and certainly not straightforward enough to cast her as the ‘next Laura Marling’. Thank goodness for that. »

'yours truly, cellophane nose' introduces one of the most self-assured new artists of the year, a pop polymath whose blend of psychedelia, glam rock and chain gang folk is quite unlike anything else you're likely to hear this year. having recorded the album without a record deal to ensure complete creative control, it is now released on mute, the label described by houghton as 'the one that still believed in my record after everyone else had gone to the pub.' perhaps the closest musical reference point is kate bush and bat for lashes, with whom houghton shares a love for the psychological and elemental. rolling thunder, rising tides and twisted, groaning mountains form the lyrical backdrop to her darkly romantic tales. musically, the melodrama is piled on with bells, harps, string quartets and massed male voice choirs.
description from www.roughtrade.com