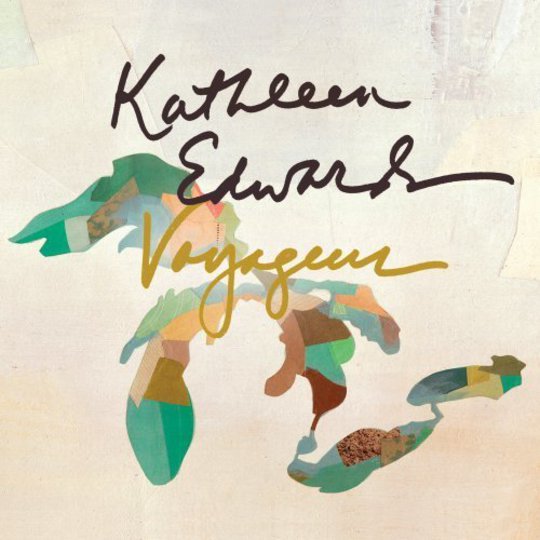 It was only on third album Asking For Flowers that Kathleen Edwards got a proper release in these shores. Showing a brave honesty mostly absent from the Canadian’s clean cut, alt. country contemporaries, critics praised Edwards for her vivid narratives, with debut Failer being a gritty portrayal of America, Back to Me reading like an open diary and Asking For Flowers' ’Alicia Rose’ portraying said real life murder victim. With a four to five year gap between records, Edwards wasn’t one for common album cycles - often finding new parts of her identity between albums.

Released late last year and co-produced by Bon Iver’s Justin Vernon, the soothing ‘Wapusk’ marked a new collaborative milestone in Edwards’ music. She said: “For the first time I was open to the idea of co-writing, and what had previously been an intensely private process, became a challenge to see what would happen with an open mind to a different approach.” Invited to support Bon Iver’s last tour, such collaborations led to Voyageur. Produced by Vernon, the Polaris Music Prize nominee’s fourth long player features a plethora of guests; Norah Jones, Stornoway and Vernon himself, amongst others.

It’s no surprise Voyageur is an introspective record. Drawn from her recent divorce with long-time collaborator Collin Cripps, Edwards' cynical reflections are where Voyageur’s most rousing moments lie. On ‘Empty Threat’ she’s “Learning to say never,” with an empty threat of “Moving to America.” ‘Going to Hell’ sees her reflect on being left behind – reminiscent of Joni Mitchell, her soft voice fits comfortably with the track’s snuggly plucked guitars. About her recent divorce, ‘Going to Hell’s plinky-plonky pianos carry her singing: “Call it quits / you think this is easy? / I heard you’re calling the jury / We’ll call it a catch without any strings attached.” ‘House Full of Empty Rooms’ compares the positive past to her negative present as she cries: “You don’t kiss her me like you used to.” Finally on ‘Pink Champagne’ – opening alarmingly like a sedated version of Robbie Williams’ ‘Angels’ – she thinks cynically about her submissive naivety: “In a dress to kill / In a glass to feel / She wasn’t ready but she didn’t fight,” before realising “Pink champagne tastes the same.” These themes of hope, naivety and struggle shed the spotlight firmly on Edwards, and more personal than ever, the effect has never been more thought-evoking.

As Edwards intended, any Americana and Lucinda Williams references have been firmly kicked out the door. Vernon’s production has done subtle wonders: where phrases and solos would sometimes sound out of place on previous records, here they’re much more at home. ‘Change the Sheets’ pays homage to the anthems of Springsteen, whilst ‘Chameleon/Comedian’ takes influence from Rust Never Sleeps era Neil Young. Whilst Vernon’s production does add a glossy sheen, Edwards’ captivating character is ultimately untouched and as a result, she can finally stand loud and proud as a truly talented individual.