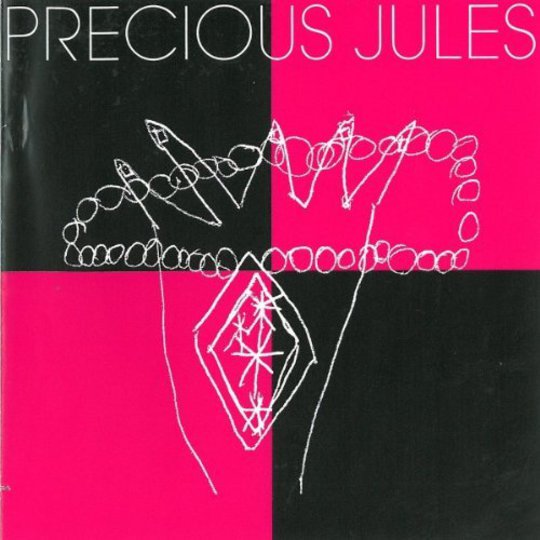 “Let’s not waste any time... Let’s get... waaaaaaaaaaaaaaaasted” sneers Australian punk mainstay Kim Salmon at the opening of ‘A Necessary Evil’ from the self-titled debut of his new project Precious Jules. No, I wouldn’t blame you if you stopped reading now. It should be a pretty embarrassing line, reminiscent of the drooping faux-punks beloved of small town pubs on a Friday night (those of you with tickets to the Stone Roses gigs might enjoy this as a dry run), and so cringe-worthy with its curbed enthusiasm that it has to be some sort of satire, right?

Well yes, I guess. Salmon has been making records for over 30 years now, and therefore has to be savvy enough not to go all Kasabian on us; there’s enough of a half-heartedness to his call-to-arms to let us know that it’s all a bit tongue-in-cheek. Then again, you only have to look down the track listing to see a song called ‘Cheap ‘n’ Nasty’ on an album reeking of a pungent Outback to know that this isn’t going to be the most earnest or solemn of records.

In contrast it’s a record that sounds like it was a lot of fun to make in the studio. But then the presenters of Top Gear look like they’re having a lot of fun driving their cars... to listen to, I’m not so sure.

Because the thing with punk music is that it’s really hard. It was there to shock, to thrive on a kind of pure energy that had never been seen before, to rally against the status quo. It’s something that has to evolve and stay fresh, and perhaps most importantly, to not sound like Status Quo. The best punk groups today are those who capture a sense of euphoria amidst a culture of austerity; think of the uplifting cacophony of WU LYF or the incredible energetic sound of Goldblade, the band fronted by John Robb, whose passion for and adherence to punk ideals is in stark contrast to those of the punk generation who have moved from the backstreets to the countryside for a Sunday evening spent nodding sagely along to Match of the Day 2.

This is the kind of standard punk bands have to aspire to these days, and it’s one that Salmon and fellow Aussie Michael Stranges fall short of. Perhaps hampered by the smaller duo format, there’s a kind of hollowness, a deafening hole where all of that visceral emotion sounds like it’s supposed to be. When the riffs aren’t cheesy and tired – ‘The Precious Jules Theme’ and ‘Pearls Before Swine’ – the music tends to plod along and all blur into one lazy, low-fi guitar sludge; I challenge you to listen to the three-song run of ‘The Bald Faced Truth’, ‘Shine Some Darkness on Me’ and ‘The Urban Swamp’ and notice where the tracks change. Yes, Salmon tries valiantly to sneer over the top, but it’s all a bit like watching Ross from Friends threaten to kick someone’s ass.