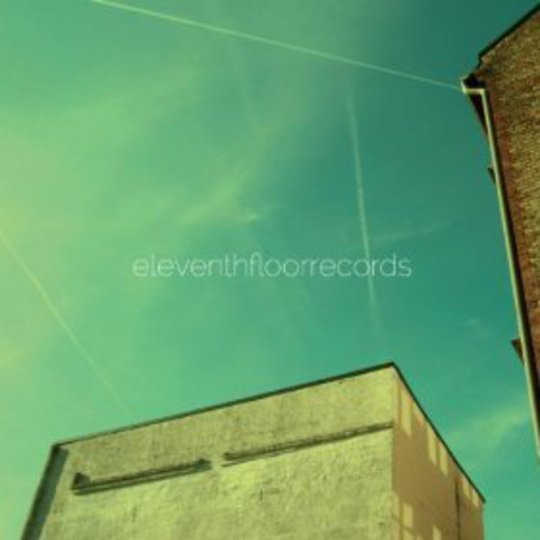 Though 2011 is almost over there’s still time to squeeze out one more Loveless clone, so synth duo Eleventhfloorrecords have done exactly that. They may have tweaked the recipe with spectacular drum programming but make no mistake: this debut is as much a love-letter to the 1991 landmark as posting Kevin Shields a facecloth with a note attached reading 'Please return soiled'. The problem is, Eleventhfloorrecords are very good at it, and locked away in their Swedish towerblock Niso and Henke are creating the sounds every noise band dreams of inventing. “Expertly crafted synth-driven shoegaze with elements of chillwave… fans of M83, Maps, and Jatun will squeal,” claims their presspack, and it’s true. These 11 power-dirges form the record members of the MBV message board have been waiting for.

The hitch is that there’s nothing exactly new going on. Despite being 53 minutes of completely original music, you can’t help thinking high percentages of Eleventhfloorrecords have been heard before - on albums by M83, Maps, Jatun, and most of the other artists signed to Mute. Eleventhfloorrecords have made some crisp, driving symphonies - if only they could be beamed back to 2003 statues and award plaques would spring up in their name. But they can’t, and a lot of their debut feels like a compression of the records gone before it: the Hot Chip pop of ‘Jassafraine’, or ‘Child’s soaring sci-fi. The rush is so sweet and constant that it will likely give you toothache, and as keyboards drown out most of Niso’s grunted vocals, Henke compensates with relentless synths, like a Van Halen track with the guitars tidied away.

However, if overstimulation’s your thing the record’s got an underlying charm. The two creatives here are bursting with passion, and, once adjusted to the hairspray and smoke machines Eleventhfloorrecords is emotion-stirring stuff. Those neon booms and crunching chillout sequences do indeed recall M83 when they were still a duo, and if your favourite John Hughes films never had loud enough soundtracks, prepare to fall in love. ‘October Wasteland’s mix of lasers, drone and live drumming recalls Ulrich Schnauss when he discovered vocals, while the rushing brass of ‘Stellar’ feels like the end to a Tom Cruise movie. ”This is the place / We try to move on,” growls Niso, finally, after nine tracks, overpowering his partner’s battery of electronica.

At times, Eleventhfloorrecords’ influences vanish altogether, and the Swedes drift off into a territory of their own: ‘Surrounded’s string section joined to an aerobics class, or the grindcore tricks on ‘My Ultimate Friend’. It doesn’t last long, though, and there aren’t many times on this album where you’ll be able to say 'Ah, that distinctive Eleventhfloorrecords sound.' Niso and Henke are two musicians who, rather than move out of their favourite artists’ shadows, have connected them. They’ve done a good job, but the result’s over-egged; at times a sub-Vangelis car crash of fireworks and space telescopes. And while there’s nothing more fun/harmless than just blasting our favourite records, you can’t get escape that nagging Darwin gene that says, 'Come on now. You’re better than Example.'