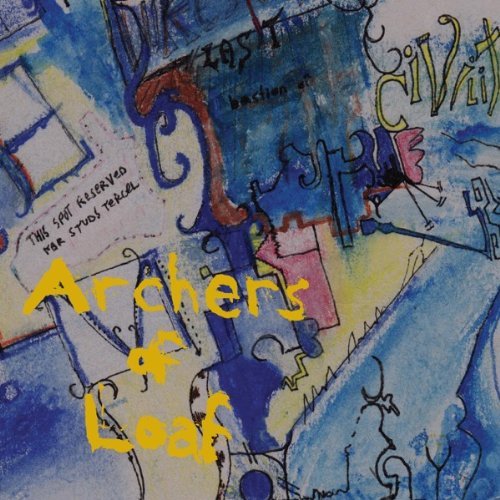 Icky Mettle is an album that feels like the product of angst and frustration, but also relentless power and inspiration.»

re-mastered by bob weston and featuring new liner notes by robert christgau, 'icky mettle' comes with bonus material (packaged as a second disc with cd, digitally with the lp) including the entire 'archers of loaf vs the greatest of all time' ep as well as singles and b-sides from the 'icky mettle' era. no single trend in 1990s indie rock can be traced back to archers of loaf. they weren't quite 'lo-fi,' they weren't quite 'slackers,' their guitars weren't quite 'noisy' and their drums weren't quite 'mathy.' eric bachmann's vocals were gritty and visceral, but his lyrics were oblique and cerebral. archers of loaf thrived on subtle contradictions, on purposeful vagaries, on tentative gestures delivered with utmost conviction. they released increasingly adventurous records for five years, and broke up with minimal drama or fanfare. this, the first in a series of planned deluxe reissues from fire / merge (us), perfectly captures the energy of the band's early days, from their slapdash first singles to the scrappy brilliance of 'icky mettle' itself to the more honed recordings that followed.
description from www.roughtrade.com