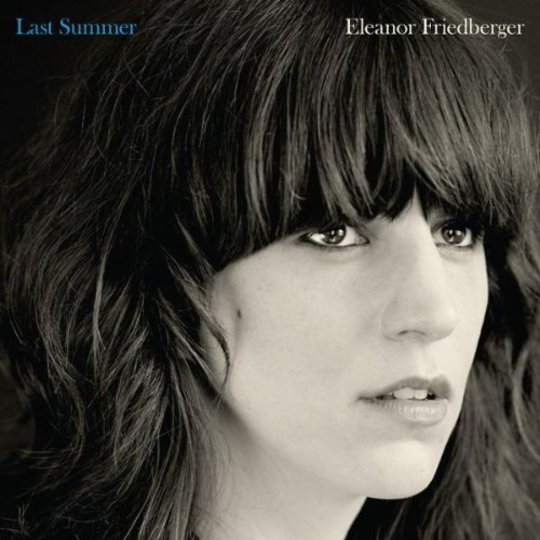 When you write songs centered around the Hindu concept of death and purposely record parts of an album backwards, then boy, even your most ardent of fans might be surprised by anything less offbeat. Eleanor Friedberger hits that exact nail on the head with Last Summer – easily her catchiest and most personally nostalgic record to date. Firstly, it details the Fiery Furnaces singer’s time in New York a decade ago and secondly, there’s a whole lotta soul throughout: funky bass lines are often slapped hard alongside glistening piano keys by way of Sixties Motown girl-groups.

Right from the get-go of opener ‘My Mistakes,’ we get a peek into Eleanor’s mind: a flashback of emotional instability made all the more sentimental by the breezy guitars and fuzzy, tingling synths (“I thought I lived through my mistakes / I thought he lived through my mistakes / I thought he’d give me the right advice”). Soon it becomes obvious that much of Last Summer’s charm derives from its vivid imagery of a bohemian New York. Eleanor’s thoughts are spread across a panorama of the times spent seeing the sights (‘Roosevelt Island’) and keeping precious memories (‘I Won’t Fall Apart on You’). It’s as if she’s channelled her distinctive wit through Patti Smith’s voice, whilst penning some sort of sly indie marketing campaign for the Big Apple.

At times, Last Summer does feel a bit strenuous. ‘Early Earthquake’ and ‘One-Month Marathon’ are both dragged out fillers, while - as it can be with the Furnaces - the more madcap moments prove the most arduous. ‘Inn of the Seventh Ray’ is as overdrawn lyrically as it is musically (“Take a lecture in stereoscopics to show us the way”), and ‘Owl Head Park’ is wordier (“I only took one picture that day / It’s me on that bike / posing next to a white Lamborghini”) than a stutterer reading the dictionary at speed.

‘Glitter Gold Year’ sounds a bit like a Coldplay/Lionel Richie collab and ‘Heaven’ sees Eleanor flirt with doo-wop sounds like it was a walk in the park, but they never come across as pastiche thanks to Eleanor’s open and honest charisma. By no means is Last Summer a perfect record. Its incoherence might prove a bit frustrating, but Eleanor has proved that she can do perfectly well away from her sibling. Looks like you’re not the only Friedberger who can go it alone, Matthew!