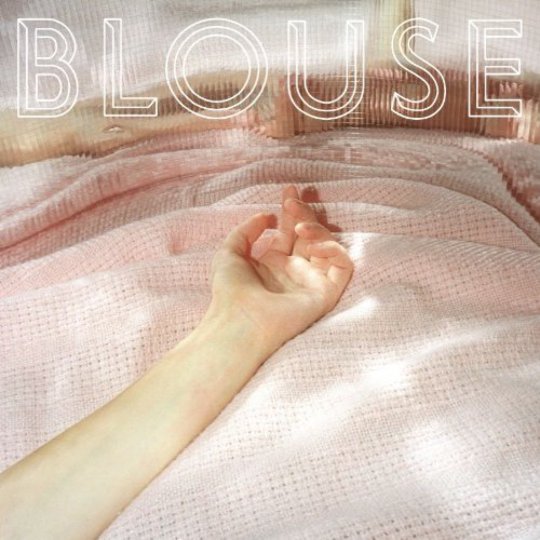 Scenes are different now. Geography doesn’t count for much. No one cares a hoot if a band ‘hails’ from anywhere because we all just hail from the Internet, whether we goddamn well like it or not and everyone and everything just comes from somewhere else and sounds like something gone before. Pop ate itself years ago and now it’s just one big terrible, auto-cannibalistic, bulimic mess and it’s puking itself back up and asking for your recognition.

But you know, if you were raised in a certain way, in a certain place and you’re of a certain age and grew up with certain bands, you just kiiiiiinda know that a band from Portland, Oregon is going to be worth a punt. Yes, it’s a shallow and reductive approach. A shady way to pluck a band from the quagmire of noise and decide that they are worthy of 36 minutes of your attention. But I’m right. And Blouse, from Portland, Oregon, are some kind of wonderful. They are mysterious and other-worldly. Imagine ‘Under The Milky Way’ by The Church, sung by Kora from Manaam (er, specifically 1983’s Night Patrol era and not much else). Imagine, if you will, a band so unassuming and unaware of their own potential that they haven’t yet kicked the arse of whoever it is that works for their record label, who’s in charge of updating the label’s website hasn’t thought to… you know… mention them in any crazy kinda advertisey way yet.

The self-titled debut from Blouse claws at you from the get-go. Sub-aqua synths, kooky bass lines and sultry vocals make for a seriously cool experience. It’s Germanic and aloof, yet somehow moving enough to make you feel as though your heart is inching its way up your windpipe in a bid for freedom. There’s a real New-Wave vibe to Blouse. ‘Videotapes’, with its ‘played-at-the-wrong-speed’ intro sounds like it should be on the soundtrack to Donnie Darko. In fact, it sound is like it IS on the soundtrack to Donnie Darko, but we all just forgot about it.

‘Controller’, which follows it, is pared down, with robust bass notes propping up Charlie Hilton’s lovelorn vocals, coming on like Marianne Faithfull attempting to front an electro band. “We could go somewhere and be diff-er-ent / We could learn to love the controller.” It’s dreamy and easy to love.

In some ways, though, Blouse sounds more like a project than a BAND and this debut full-length release feels, at time, like a collection of songs that go nowhere, yet do so much. There are moments of brilliance; sketches on a theme but with no real conclusion. The entire album is hinged on one mood and that mood is a heavenly shade of grey. There are no ups and downs with Blouse; it plays out like one slow slide from confusion to depression. In addition, the tracklisting feels like it was compiled by a few rolls of a die; with neither the opening or closing tracks being the ones that leave the biggest impression.

It remains to be seen how long Blouse would be able to peddle a lone idea, a single sound and a solitary mood. If they can hone some of the ideas within, though and diversify a little… well, they could just get the promotion they deserve.