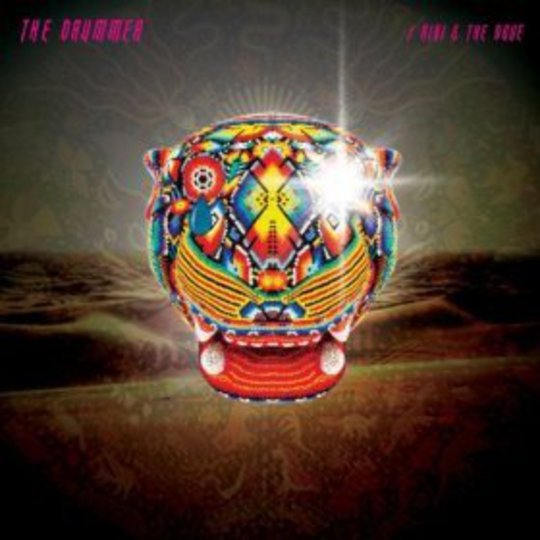 Niki & The Dove start their new EP with a short space age instrumental which sounds like it is being sung by The Knights Who Say Ni from Monty Python and The Holy Grail. It is a strange introduction. Not exactly a firm handshake, nor the double air kiss you might have expected.

It turns out to be a bit of a red herring. Sure, there is more glitchy and slightly aimless noise mongering from the nth dimension over the remaining six tracks. ‘The Birth Of The Sun’ has elements which recall Connan Mockasin at his most meandering, spaced out and inaccessible. Yet the Swedish duo balance out such forays into the unknown with the catchy electro-pop that you might have anticipated. Title track ‘The Drummer’ is the kind of song that explains why they were invited on the latest NME Radar Tour, signifying both the pros and cons of such affiliation and expectancy.

The highlight here is previous single ‘Mother Protect’ which is ridden with primal energy that for the first time makes you understand why anyone gives a shit about this band. This is invention showcased within the stretches of sonic adventure. Such flickering moments create a safety barrier between N&TD and some of the disposable acts that they currently rub shoulders with – there’s even a surprisingly bearable appearance from the pan pipes that doesn’t require you to drill holes in your molars just to distract your nervous system from retiring. Sadly such glimpses of gumption too often can be drowned in the sea of Eighties which erodes gently away at the positives. You can’t be sure if this EP is a taster of what’s to come on the forthcoming LP due early next year, but you get the feeling that this is an experiment as opposed to a blueprint. There is surely more to come.