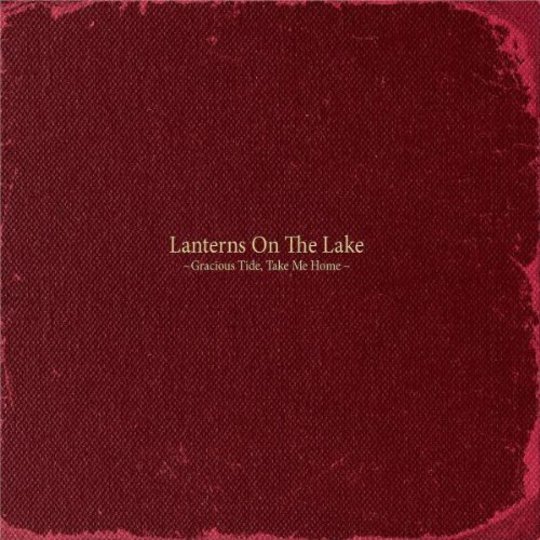 The misty waters of the River Tyne have long exerted a gravitational pull on poets, painters and lovelorn, heartbroken bards. Even to this day in my hometown, there remains a curious sense of past, present and future as you stare across history at the ageing cranes and warehouses nestling alongside luxury apartments and modern architecture. Like many other major river cities, Newcastle may have changed, but lifeblood and heritage flows deeply within the currents, ebbs and tides of the river that once sustained its every whim and desire.

Lanterns on the Lake, one of the first bands to break out of the insular (though generally excellent) folk and nu-folk hegemony which forms the strongest pillar supporting the Newcastle scene clearly share in the same dewy-eyed romanticism that has provided so many artists with their muses across the years. Newcastle has always been a folk haven with its working-class roots but Lanterns on the Lake typify a newer, younger, more experimental and more elegant hybrid style (though it’s still immersed in heartbreak, sighs of longing and lamentations). But their sorrow brings happiness to us, for their music is generally wonderful.

The sonic breadth of the record is drawn between slow, dense waves of melancholy and atmospheric storm (as best emphasised by ‘Ships in the Rain’) and a more hopeful, sweet melodic folk-pop lilt (the perky ‘A Kingdom’ may well convert many of the assorted Mumford/Noah fans). But their most confident, expressive territory is found in the spaces between, specifically when the breathy, Elizabeth Fraser-esque vocal chimes of Hazel Wilde tangle up sensually with the gliding strings and an admirably mature reservation in not pushing for cheap thrills, but instead revelling in the sensuality of the moment. ‘The Places We Call Home’, sitting somewhere between Sufjan, Sigur Rós, Arcade Fire and a Northumberland folk troupe is absolutely beautiful: six minutes of gorgeous swelling, moving atmospherics and stark emotion. And standout track ‘I Love You, Sleepyhead’, arriving towards the end of the record is quite magnificent, especially in its rising cacophony of sound that steadily picks us up and carries us towards the horizon. Their understanding of dynamics is wonderful. But they’ve got other avenues of creativity too. ‘Tricks’ is a dark and mysterious collage of textures that actually hints more towards Portishead than anything with a folk leaning. Its simple effectiveness defines a band who have done their homework, ascertained their collective strengths and weaknesses and are now looking to establish the best way to utilise them.

Gracious Tide, Take Me Home is not without its occasional stumbles. ‘Blanket of Leaves’ doesn’t end up going anywhere meaningful despite its promise and lovely as it is, ‘Keep on Trying’ isn’t possessed of enough depth to justify a full five minutes. But these are minor quibbles and for the most part, this is a tremendous, impressive and authentically pretty debut and one which I can see having a surprisingly broad appeal (folk has never been more popular and their dynamic layering and sound construction will appeal to shoegaze and electronic advocates). It will be interesting to see how Lanterns on the Lake develop their sound over the next part of their career; you get the sense from the record that they’re only just beginning to explore their sound and their flirtations with electronica are fascinating, nodding towards a promisingly experimental future. But all this is to come. As a debut, as a mark in the sand, Gracious Tide, Take Me Home is an endearing and beautifully drawn modern folk record: its wounded heart pinned to its lacy, windswept sleeve, watching atop the harbour walls and pining for a release from its sorrows.