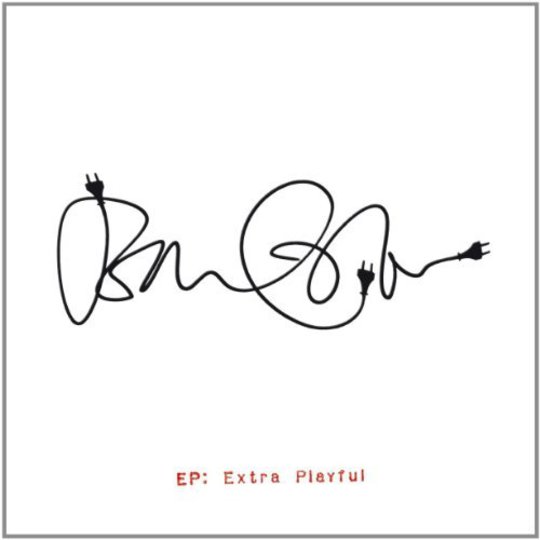 I feel it’s a good idea to clarify at the outset that in this review I am writing about THE John Cale, i.e. the one from The Velvet Underground, the one who has been performing since 1963 and recording avant garde and experimental music for almost as long... 69-year old John Cale.

Before I am castigated for ageism, I feel it necessary to clarify that this is an important point because it is unusual for someone at this stage of their life and career to take a pop direction, and yet with the first two tracks, at least, of new EP Extra Playful, this is exactly what Cale appears to have done. Certainly no misnomered record, Extra Playful sounds more fun, excited and full of joie de vivre than anything else in Cale’s extensive discography. For a man who, after years of drugs and alcohol use now claims to drink nothing stronger than coffee, this is one hell of a caffeinated record.

This is nowhere demonstrated better than on opener ‘Catastrofuk’, whose almost staccato acoustic introduction is quickly drowned out by a more urgent, distorted guitar sound. In the hands of a lesser band it might sound like a cheesy, chugging guitar rock song, more akin to the Stereophonics than an artist as illustrious as Cale. However the veteran Welshman is experienced enough a rocker to keep his audience interested throughout the song’s four minute duration.

Twinned nicely with it at the top of the order is the gorgeous follow-up ‘Whaddya Mean By That’, a dream-pop song with layers of chiming keyboards and arpeggiated guitar: with yelping vocals, a curious guitar solo, and sensitive yet defiant lines such as “You asked if you’d hurt me/well what do you mean by that?” all it needs is a little more gravel on the vocals and this could easily be mistaken for an Eels song.

From here there is a dramatic shift back towards Cale’s experimental roots. His interest in jazz is obvious on ‘Hey Ray’ and ‘Pile a L’heure’, combining gospel backing vocals, spoken word sections and a droning guitar that echoes his work on Paris 1919 on the former, then adding synths, trip-hop drum beats and computer-affected vocals on the latter as the EP takes a funkier turn. Normally I’d be wary of a man of pensionable age from the Amman Valley sounding a bit like Eighties Gil-Scott Heron; strangely it works here, although that might well be in no small measure thanks to the brevity of the EP format.

Of course any espresso-induced buzz, as any caffeine fiend knows, is a temporary fix, and sure to be followed by a crash. On Extra Playful this comes with the ironically-named ‘Perfection’, which attempts to build on the preceding two tracks but ultimately comes across as half-hearted, tired and a little stale. It is, appropriately enough, a dull comedown from an EP that had hitherto been buzzing along just nicely.