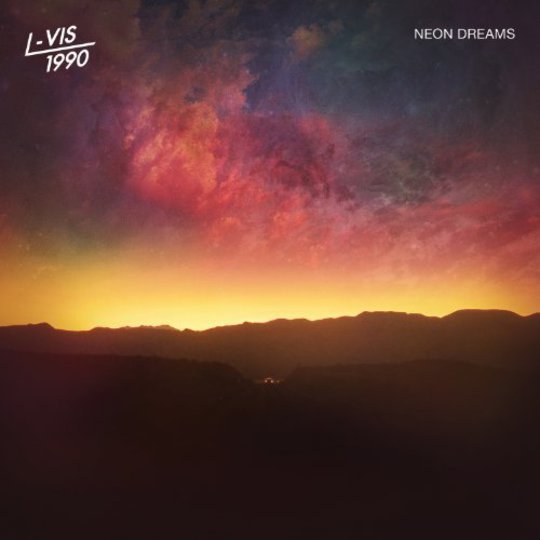 Despite spearheading electronic label Night Slugs, James Connolly has always stated he wants his debut to honour his influences - or, in other words, be a Nineties night. It worked with Zomby on 2008’s Where Were U In ’92?, and that record painted itself into a corner with rave hardware. L-Vis 1990 tries the same thing with house music, Connolly engineering each of his 15 tracks into the genre’s most worldly edges. In doing so he’s created a sleek but generic album, and one that feels like listening to a Now! CD somebody’s dipped in chrome.

Connolly’s intention with Neon Dreams was a concept album that “loosely tells the story of my love and life over the last year, through the voices of Javeon and Sam.” It must’ve been a year of serial shagging then, as the numerous collaborators and guest vocalists here are each given their own track to whisper on, like a house version of Geoffrey Chaucer. The trick comes in holding the tempo for 55 minutes, and Connolly certainly makes each deviation as fluid as possible: one minute you’re exploring the crisp keyboards of ‘Here With You’, the next you’re juddering around ‘Play It Cool’ and its fantastic ‘80s rumpus. ”You’re chasing me around / Where do you think that will lead you,” coos Samantha Lim over icy breakdance signatures. All the time Connolly provides a strong disco pulse, letting you know he’s running a marathon.

And that’s the problem with Neon Dreams: in spite of its sustained house antics, L-Vis 1990 never gets the chance to soar, or to live up to the promise of his own label’s inventiveness (Neon Dreams is released by Island via London imprint PMR). Connolly’s passion for club culture married with his bohemian appetite for diversity makes him look like Paul Simon in a Gio-Goi t-shirt, and makes whole chunks of Neon Dreams are quickly forgettable. Javeon McCarthy does his best with the ‘Lost in Love’ chorus, but for a lead single it’s got all the impact of a Basement Jaxx album track, destined to fade away from the sports bar. Similarly, despite sharing a title with the Al Pacino bondage film, ‘Cruisin’ is only half as memorable, failing to capitalize on the cheekiest bass line this year by crushing it with amateur guitar chocks.

It’s the instrumentals, however, that show off Connolly’s intelligence. He might look like Jedward, and most of Neon Dreams might be designed to be deployed during all-weather housewarmings, but tracks such as ‘True Romance’ show he’s a producer worth watching. Mixing futuristic electro with hi-tech whooshes like the sound of the lifts from The Jetsons, it maintains the façade of horny club music while hinting at something deeper; Hyperdub invading the charts. The mischief continues on ‘The Beach’, where sweeping waters are set to a dim and trippy thud similar to Renton’s cold turkey sequence in Trainspotting. So for all its dance templates and repetitive gloss, Neon Dreams does aim for something deeper, suggesting there’s a fantastic EP hidden inside this hour of kinky house music. Hopefully James Connolly can tap further into it for his second set, and have that moment where you know L-Vis 1990 is going to be huge. He could start by releasing the LP on his own label, and get Egyptrixx to warn him when he’s floundering.