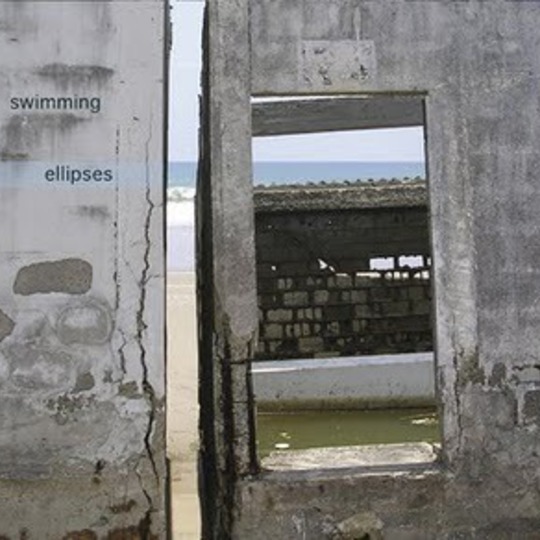 Think 13 Smashing Pumpkins intros from the year Billy Corgan’s mother died; think the debut album from Swimming. Californian biochemist Devon Ferrucci has spent almost ten years readying Ellipses, fine-tuning the shit out of his production hardware to devise a dozen-plus varieties of rustling. 'Organic ambient' is the term they use now, and Ferrucci’s pretty good at it: without once raising his heart rate he skirts a rainbow of feelings, ticking off the four moods ambient music provokes (stoned, exhilarated, stoned while exhilarated and asleep). He’s overlaid the whole thing with assorted white noise, like he’s sat at a country crossroads for a year and dictaphoned everything possible, and it’s lit by the kind of spiky electronica that kept Proem famous for years. Sadly, he lacks his coordination.

However, Ellipses is still a curious and highly original album; a definite go-to audio source for technicians requiring UFO music. Luckily it’s as restrained as it is experimental, and tracks like ‘We Fill Gaps’ recall early Xela, back when he was still playing with bleeps instead of chalices filled with goats’ blood. The soothing guitar patterns promise hours of relaxation; the digital cymbals quickly yank away the rug. It’s the first of many dichotomies and certainly not the most subtle: big-screen moment ‘Ale Study’, a thousand times fizzier than its title, has enough attitude to front a bodyspray commercial, the ambient noises here sounding more like a dislodged dry-stone wall. It’s the most surprising moment on the album since the typewriters of opener ‘(Aspirated) Plosives’--the rest’s been more about strings and wrinkled electronics, as shown on ‘Hourglass with Snow’.

Bar the assorted radar tones and the couple of times Audiobulb allow him off the leash, Ferrucci’s energy comes out as a string of relaxing, multi-instrumental interludes, like going on a river cruise laced with itching powder. Newcomers to his style will think he’s playing a Hood album backwards: the ambient tickles, guitar skills and various slime noises all point towards a confused sessions musician, and the likes of ‘Body Without Organs’ sounds like Fleetwood Mac imbibing jungle juice. No other track could mix bongos, tiger growls and feedback into a such a brilliant spoof of movie shamen scenes. You might think this is just Ferrucci’s bad behaviour peaking at midpoint, but by the time the penultimate ‘Ticky-Tacky’ rolls around he’s still at it, taking Jóhann Jóhannsson demos and playing them through walkie-talkies. For anyone who thinks that’s too sober a goodbye, it’s followed by the burning shrinkwrap noises of ‘Imagined Openings’, jabbing randomly at so many marimbas it approaches the depths of world music.

Occasionally, though, Ferrucci serves up nuggets of genius that seem to justify his 45 minute ketamine trip. ‘(…)Pt. 2’, title aside, is a masterstroke, and successfully pairs a woodland glimmer with heavier bass and drums. You can imagine the inventor finally whooping in his lab, a thousand shattered experiments bubbling behind him. It’s a mystery, then, why he cuts it short at two minutes, and returns to erratic jazz and dolphin-friendly glitch music (though not before a few more eurekas creep in, such as the cinematic shiver of ‘Pretending to Have a Heart Attack’). Maybe Ferrucci realises Skytree has already cornered the market in organic ambient, mostly by trimming the organic side until it behaves itself and fits in with his sequences. By trying to give both elements equal limelight, Swimming have created a record that treads water. Still, it treads it very interestingly, as skillful in its strangeness as Mr Bean.