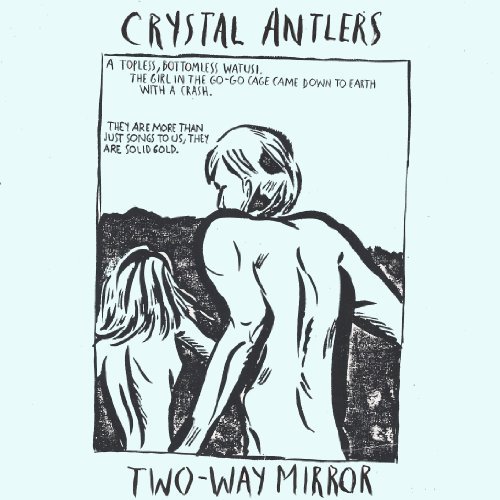 In a year filled with several great pyschedelic releases, Crystal Antlers have delivered a record that, rather than making good on the promise of their early work, is simply serviceable.»

crystal antlers have always explored new pathways and genres, touching on elements of avant-garde pop, surf rock, 1970's folk, and grunge. combined with their constantly evolving experimental, punk, noise & psychedelia the result is a sound uniquely their own. the band began recording two-way mirror in september 2010 at the compound studio in their hometown of long beach, california. returning behind the mixing board were producer ikey owens and engineers athony arvizu & jeff lewis-the recording team behind crystal antlers seminal debut, ep. the production of two-way mirror encompasses an enormous spectrum of sonic textures dynamically flowing from song to song with all of the intensity the band has come to be known for. songs like "summer solstice" and "fortune telling" display a sense of depth and clarity only scarcely seen before from the band, while the songs "sun-bleached," "way out," and "knee deep" are an intimate look into the world of crystal antlers home recordings. acclaimed producer/mixer jack endino, (known for his work with nirvana, mudhoney etc) presided over mixing duties and finally, influential punk artist raymond pettibon over album art.
description from www.roughtrade.com