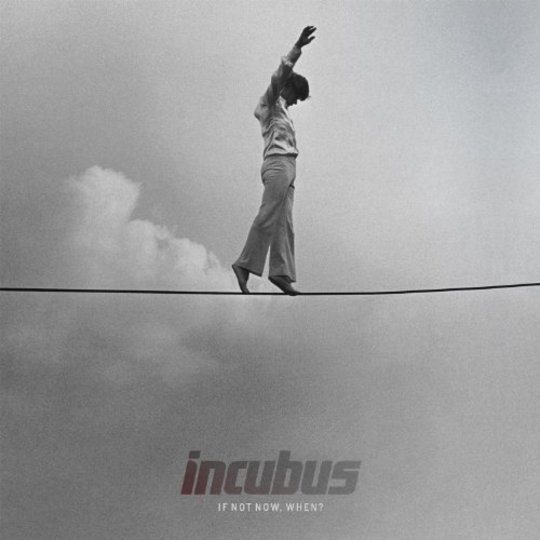 It’s been five years since their last full-length and, in that time, members of California alt-rockers Incubus have studied music composition at Harvard University, released solo material and produced offspring. With this expanding of horizons, some sort of reinvention was expected, and perhaps needed, especially after 2006’s somewhat tired Light Grenades. However, for anyone still holding on for S.C.I.E.N.C.E. part two, If Not Now, When? may well mark the point of no return: this is not Incubus as we know it.

If Not Now, When? is, at its core, a pop record. Gone are the distortion-swathed riffs, turntables and quirky, if occasionally unsuccessful, metaphors that typified the band’s previous output and in come copious amounts of keyboard and sentimentalities. While Incubus have never been a band to stand still, this is perhaps the most abrupt dismissal of their past, despite a continual change in sound from one record to the next. Indeed, the album’s titular opening track forms a statement of intent with a verse that is, rather worryingly, not dissimilar to Band Aid’s pioneering work in the Eighties. Likewise, production owes a lot to the much-maligned decade, with big drums and Police-inspired staccato guitars.

However, a grand presentation cannot hide the fact that If Not Now, When? is lacking in, well, interest. By all means, Mike Einziger’s studies at Harvard University have left an imprint on the variety of song structures and chord progressions on offer but this doesn’t mean much when many of the tracks are so easily forgettable. Branching out and trying new things should, in theory, be commended but, on occasions, it all starts to veer dangerously close to the already-dated 'power-pop' stylings of The Script or, god forbid, The Fray.

A number of complaints can be levelled directly at frontman Brandon Boyd, whose California surfer shtick has, in the past, been tolerable in amongst the band’s louder moments as it tended towards a serviceable Mike Patton impersonation. However, when crooning lines like “baby can I be the rabbit in your hat / I’d swing if you’d hand me, hand me the bat” over middle-of-the-road, up-tempo piano dirges like ‘Promises, Promises’, it all becomes slightly hard to swallow. Similarly, ‘The Original’, despite showcasing one of the album’s 'heaviest' (at least comparatively) moments, features a top 40-worthy chorus of “your mind it is original / girl you’re the original”. Hmm.

Considering the above paragraphs, some of the more impatient among you may be wondering why there’s a big blue '6' at the end of this review. In fact, that score is largely due to If Not Now, When? containing four of Incubus’ finest recordings to date, all of which are, rather unwisely, positioned at the album’s end; it’s as if the band want to reward listeners for making it through the tedium of the opening seven tracks.

‘In The Company of Wolves’ is the first in this quartet, displaying traces of Pink Floyd in amongst laid-back chordal movements, before its latter half sees a dramatic shift to smooth bass grooves with soaring guitar and string melodies. On a more familiar note, both ‘Adolescents’ and ‘Switchblade’ are reminiscent of earlier work but are benefited, rather than hindered, by new songwriting approaches, while ‘Tomorrow’s Food’ provides a ballad of some emotional weight, as Einziger’s fragile guitar picking is augmented by elegant string crescendos.

As a temporary deviation from Incubus’s core sound, If Not Now, When? is satisfactory. However, should this be a direction that the band intends to pursue further, they may want to consider including a few more of their uniquely identifiable traits, as this record runs dangerously close to personality-less for the most part. While its closing moments provide some of the best of the band’s career, four impressive tracks out of 11 does not a good album make; for anyone looking for a return to form akin to the band’s early-mid 2000 output, it looks like the album’s titular question will continue to be pondered for some time yet.