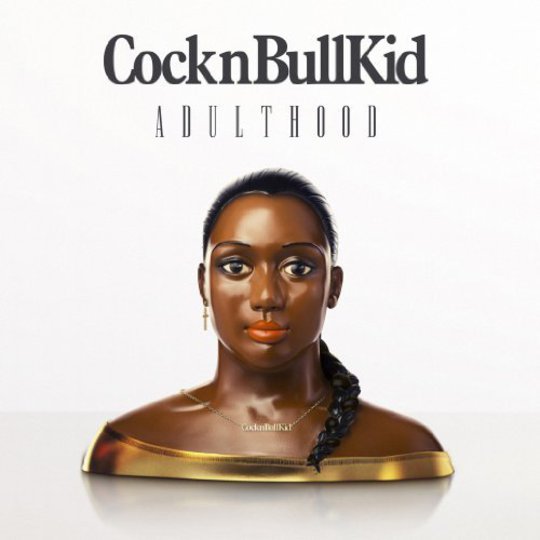 It’s not an enviable position to be in, being a female pop singer-songwriter launching your album in the same week The Gaga Bus rolls back into town. Actually it’s not an enviable position to be in anyway: when Sean Adams reviewed Jessie J, let’s just say that ‘starchy soulless slop’ easily summed up that particular helmet-bobbed caricatured mess. And last time I was in this particular terrain, I may have informed Clare Maguire that the path to genuine-sounding songs, in her case, was buying a vibrator. In a market already oversaturated with mainstream songstrels, and even fewer good ones, Anita Blay, aka. CocknBullKid, has quite the task on her hands.

Adulthood is mostly concerned with that point in your mid-twenties when you realise you’ve really got to grow up now. Only problem is, that process tends to be defined by a series of decisions that could be best described as ‘ill-advised’. ‘CocknBullKid’ talks about the struggle of being hated for who you really are versus being loved for what you’re not. ‘One Eye Closed’, meanwhile, finds Blay determined to get her way with a dude who has his fingers stuck in his ears when he really should just take the hint, man up and buckle down to the nookie. Yes, this is something us girls actually have to deal with. And ‘Mexico’ is a gleeful tribute to being led astray by, frankly, a bloke who just really gives you the horn. “It was clear but I couldn’t see through it/Yeah, the devil made me do it” are words that have undoubtedly been uttered by several of Russell Brand’s conquests.

This isn’t an album going out of its way to hit you over the head with how soulful and edgy and current it all is, opting instead for solid song writing and hummable melodies. Blay’s vocals are cute and charming rather than booming and melodramatic; more Diana Ross in her Supremes days than Mariah Carey. There’s blips and squiggles and all the current hallmarks of contemporary pop production, but live instruments provide the backbone. Lyrically, it’s one of the less obnoxious, and occasionally more honest, efforts of its subgenre; it’s evident these songs are written from experience.

Despite its good points – and there are many – there are a couple of major flaws. There are at least half a dozen good pop songs... just no classics. The songs are solid, rather than daring to be amazing. There comes a point in any journey towards empowerment where you have to stick your head above the parapet and say ‘this is who I am, warts and all, and fuck everyone else’: that is what makes good artists world-class. That may have been happening once upon a time, in the Plan B collaboration days; but here, there’s nothing that truly elevates CocknBullKid beyond the critical mass.

It’s admirable that unlike many of her contemporaries, Blay isn’t trying to create her own personal Spitting Image character. The potentially dominant influence of collaborators Joseph Mount (Metronomy) and Peter Morén (Peter, Bjorn and John) doesn’t consume. In the end, though, there’s no real risk-taking, just adherence to a tried and tested method. Unlike Maguire and The J who have little of substance to say about anything, Blay demonstrates the ability and intelligence to be more lyrically forthright than most of her peers. But it feels like listening to someone trying to be nice, like she’s afraid of pissing off the money. It’s a missed opportunity to properly explore the complex issues of being a young woman figuring out her own identity in the twenty first century. She’s clearly a very sweet girl, and a potentially great pop star; she also clearly has a bite, and it sounds like it’s being muzzled.