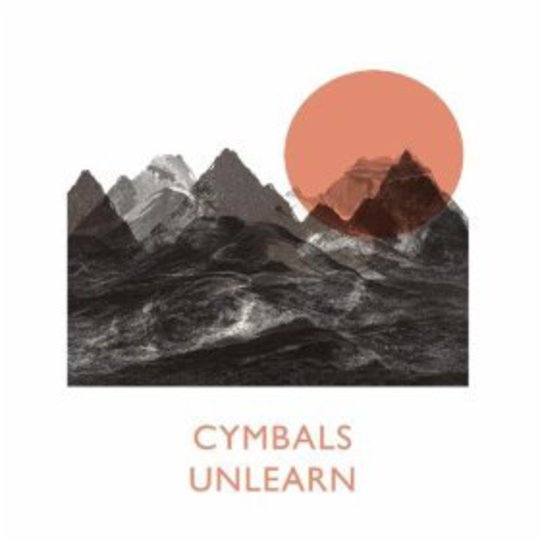 You have to let stuff be what it is.

Let’s start at the beginning, like we had a choice. 'Cymbals,' it says here, 'formed in London… directed by nothing but their excellent record collections and the vague intention to "not be boring".' Well. On the one hand it’s churlish to punish an act for the sins of its press officer. On the other, have a little sympathy for the luckless publicist who sits the actors down to try and get a steer and this is the best they can come up with. I suppose you could put together a band that was entirely influenced by someone else’s utterly shit record collection, with the vague intention of being as boring as a weekend in Stoke-on-Trent. But then that would be The Vaccines, so there probably wouldn’t be much point.

Unlearn is Cymbals’ first record. And – honestly – I don’t want to be unkind. But it’s not particularly good. The carts and the horses are in the wrong places. Between the modest lines of that mission statement lurks the gulf separating 'we want to write some music – best form a band' from 'we want to be in a band – best write some music'. The latter represents an ambition, of sorts, but not one pregnant with the promise of greatness. Nevertheless, Cymbals do possess most of the raw materials they would need to make something worth getting out of bed for. There are their excellent record collections, as you know, but beyond those a sense that they understand how to hold back, to use the spaces between the noises, to eschew the bluster and obfuscation of the beginner, to listen to what each other are doing and respond intelligently And they don’t lack an ear for a decent tune. Yet their gestalt is generic, unremarkable; kind of like Foals without legs, the comedown after the Bloc Party, sometimes the XX’s less sassy and rather uglier XY.

The most glaring weakness is the vocalist. I’m guessing that the three of them ummed and ahhed over who was going to sing before one reluctantly volunteered to have a go (it's genuinely unclear from supporting material which it is). Let us emphasise the courage and self-sacrifice thus demonstrated and gloss over the sinking feeling experienced by a first-time listener when opener ‘Summer Job’s vaguely not boring sub-Andy Gill guitar is joined by the designated singer’s vaguely not embarrassed mumbling-punctuated-by-yelps.

The bits of those record collections namechecked are Pavement, Talking Heads, LCD and 'house music'. Plenty of mileage there. But. The principal reason the work of the first three will endure is that Malkmus, Byrne and Murphy all know, or once knew, how to write a killer song. This is where letting stuff be what it is comes in. You can’t just choose. You can’t make something the case just by wanting it to be the case. Cymbals function best when tilting at the fourth of their windmills precisely because they’re a guitar band: they can’t be house music, in any of the hundred and four possible senses of the term, so when they apply its repetition and minimalism to their guitar band format they end up with something else, something more than vaguely not boring, notably on ‘Jane’, where it’s as if everybody stops trying too hard and breathes a huge sigh of relief. The result, vocal aside, could almost be something from La Düsseldorf.

Cymbals could do something not vaguely not boring but properly good. If they want to make the 'irrepressible pop songs' alluded to by the You Know What, they’ll need to find somebody who can not only write said items but front them like she or he wouldn’t rather be somewhere else. But with their existing personnel they’d be better advised to go the other way, forget 'songs', forget vocals, stretch out and wait, see what happens when you do it for four minutes instead of two, allow both the music and the pop group to evolve in their own good time. Because you have to let stuff be what it is.