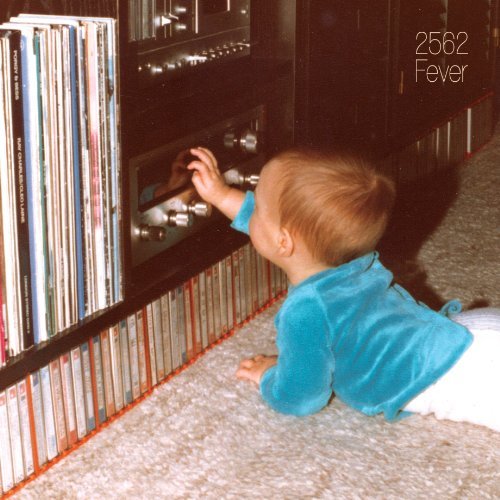 The extent to which Dave Huismans is able to sculpt these samples into something entirely fresh is truly astounding.»

2562 aka dave huismans - from the hague / holland, in berlin / germany - has previously released music on tectonic recordings as well as 3024 and usually gets classified somewhere in the wasteland between cutting-edge bass music, techno and house. his first two longplayers 'aerial' and 'unbalance' found fans across many different scenes, the latter landing in a.o. ra's 2009 album top ten. 'when in doubt' is his new imprint, aiming to release heartfelt music that doesn't fit in the existing categories. dave also makes freestyle techno as a made up sound, known for releases on clone, delsin, subsolo, philpot and its own eponymous label. but that's another story. what's the point of a concept album when no one hears the concept in it? maybe that it sets a boundary, forcing mr artist to go even deeper into the fewer possibilities left. creativity by limitation and all that.. we'll spare you further theorizing. 'fever', the third longplayer by dutch low end scientist 2562, then, is his disco album: a thorough reinterpretation of underground disco music from the mid seventies to the early eighties, with his own birthyear 1979 as the gravitational point. all based on one simple rule: every single sound, from the smallest background shiver to the most obese sub bass, originates from a disco record - no additional synthesizers, drumcomputers or other samplesources involved. disco-edits, italo homages or filtered loops then? hardly. this is genuinely new and retro-free music that respectfully flips its sources so hard even the biggest paradise garage connaisseurs won't recognise what just hit them. or in the words of musical allies martyn and pinch, who independently drew the same conclusion: "sorry, but i don't hear that whole disco story in there. this simply sounds like you." completely failed as a concept album, then - and all the better for it.
description from www.roughtrade.com