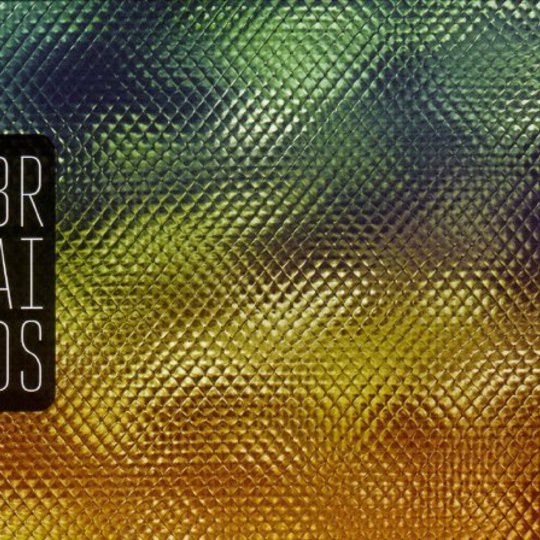 I was in the middle of chatting to those fresh-faced Calgarian upstarts Braids on a shonky, one pound per minute speakerphone a couple of months back, when the four of them broke into a pensive, extensive and, on my end, a very fucking expensive inter-band discussion. The ponderous youngsters were attempting to explain, or perhaps justify, the “mathematical” processes behind their debut album. And to tell the truth, their self-conscious spiel was upstaged by the simple fact of the conversation’s fierce intensity; while I wasn’t exactly drooling with libidinous delight at the thought of their “constructive and deconstructive” songwriting methods, it was curious and quietly charming that they so rigorously concern themselves with such matters in the first place.

This attention to detail is but one redeeming aspect of the sumptuous Native Speaker, whose plaintive tones have been accumulating a steady buzz across the pond since being released there earlier in the year. Plunging the listener into a stark subaqueous dream, these seven songs commandeer the breadth of their 43 minutes with the audacity of a cat sprawled along the arm of the settee.

It’s been suggested the Canadians owe their success to the fecund birthing pool of the blogosphere and indeed, their highfalutin allusions to Philip Glass have led to cries of 'Hipster!' from a somewhat cynical wider audience, which is all a bit silly really. It’s fair to say their debut record itself couldn’t be further removed from those sterile shallows, nor their limiting associations.

In fact, it wouldn’t be far off the mark to take this collection of phosphorescent lullabies as something of an antidote to qwerty finger ADD. Braids don’t do choruses or hooks - the majority of Native Speaker’s most memorable moments are characterised by lapping four part harmonies and rich, roiling crescendos. Careful not to let any stray synthetic splash or groaning guitar thrum draw too much attention to itself, ‘Glass Deers’ glides in a somnambulant stupor, sluicing about its eight minutes like a shimmering night-boat in the ocean of a Winter’s eve.

And somewhere along the journey their admiration for Philip Glass transcends suspicions of point-scoring, revealing itself to be yet another toothsome ingredient in Braids’ patchwork aesthetic. Like Glass’s intertwining solo piano workouts, Native Speaker is the kind of record to which you’d be tempted to ascribe the term ‘more than the sum of its parts’, if its parts weren’t so sodding gorgeous on their own merits.

The “bop bop bop” backing and lush lead vocal of ‘Lemonade’ is a stellar example. Though Raphaelle’s “all I really wanna do is love” refrain reads rather like some unequivocally awful hippy hogwash on paper, a tidal backdrop lends the lyrical whimsy a feathery comfort. Besides, a little benevolence beats pseudo-political indie posturing; puts to shame try-hard zeitgeist-clutching; sweetly allures like ironic ego-jerking never will. Essentially it’s a simple delight, and a pleasant distraction the ways she plays with those syllables, like phonetic Play-Doh, giving even the most tedious of sentiments a sparkly new lease of life.

And while we’re on the subject of those vocals, it’s worth mentioning that comparisons drawn between Raphaelle and Joanna Newsom are predictably well off the mark and a discourtesy to both singers. Raphaelle’s full-bodied yelps are neither as kittenish nor as magically fascinating as those of the shrieker-songwriter extraordinaire, an arguable shortcoming some will likely take as Braids’ saving grace. Likenesses to Feels-era Animal Collective on the other hand, won’t be so easily brushed off - indeed, the band trace their Eureka! moment back to hearing that record for the first time, and spend much of Native Speaker racing to escape its shadow.

But in doing so they are hastily forging a path all their own and to their credit, may well have bestowed upon us the most opulent bath-listening of the year. With Native Speaker, Braids project dreams onto iridescent lakes and marvel at how they glimmer, and the results are every bit as lovely as that sounds.