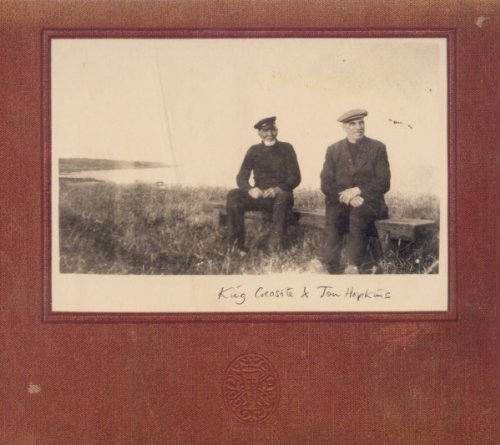 A set of songs that transcends the clichés of concept albums, folk, electronica and being Scottish in one fell swoop.»

A set of songs that transcends the clichés of concept albums, folk, electronica and being Scottish in one fell swoop.»

'diamond mine' is a collaborative album from domino and double six artists, king creosote and jon hopkins. featuring lyrics and vocals from king creosote sung over musical backdrops arranged and recorded by jon hopkins, diamond mine is a genuine labour of love, recorded over a number of years without the pressure of deadlines, whenever jon and kc could get together. the album, featuring instrumental moments as affecting as the lyrical, consists of newly interpreted obscure delights picked out from 20 years of king creosote's treasure chest of a back catalogue. intended to be heard as a single experience, 'diamond mine' produces a near classical suite of emotion ranging from cracked despair to patched-up euphoria. described by king creosote as a 'soundtrack to a romanticised version of a life lived in a scottish coastal village', the record weaves in slices of fife life, bike wheels, spring tides, tea cups and caf chatter to produce a beautiful, unique and timeless album.
description from www.roughtrade.com