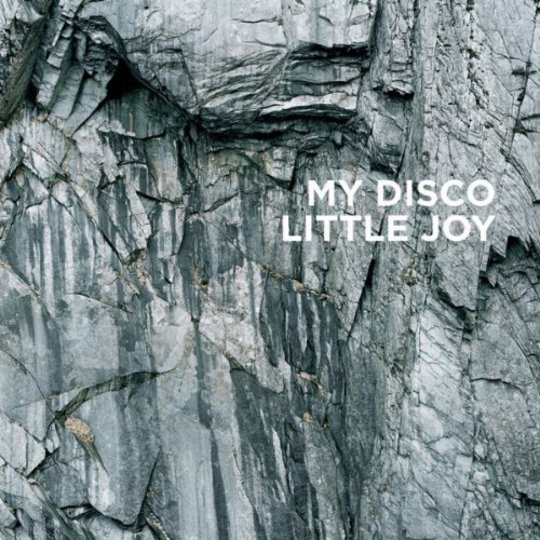 Neil Finn once suggested his beloved city of Melbourne offered “four seasons in one day”. A place proffering a quirk that the superfluous gloss of Sydney hasn’t managed to penetrate; its streets burst with artworks, sculpture and aureate architecture, while live music seeps out of back-street cafes and across smoky courtyards. And it’s here, where threesome My Disco have spent the last eight years developing their angular, dissonant punk - such lean, abrasive sounds; jagged, biting guitars, droning single-sentence vocal lines and overly-sustained periods of rhythmic repetition, could never have been fashioned under the perennial sun-blessed skies and glassy buildings of nemesis city, Sydney.

Being forced on a frustrating hiatus not long after their inception in 2003, when vocalist and bassist Liam Andrews was diagnosed with Hodgkin’s disease, delayed the band’s debut for three years. Cancer, from 2006, was mostly written under the influence of subsequent treatment, Andrews admitting he found it difficult to write anything other than short, abstract bursts. However, the album did put into motion the band’s affection for minimalist rigidity and tense repetition. Its follow-up, Paradise, saw My Disco branching into more prolonged compositions, this time reiteration becoming the focus of the operation with the intention to mesmerise the listener. And as we arrive at Little Joy, it’s apparent that they’ve fine-tuned this objective. For all purposes, My Disco’s third album is a lesson in discipline, in punishing, rhythmic adherence.

‘Young’ is the best example of this. Just shy of nine minutes, six of these are spent settled into a steady, ticking groove, the only development being the sporadic flourishes and rolls from drummer Rohan Rebeiro. Prior to that, ‘Closer’ is as close as the band have got to embodying their moniker than ever before. Opening with a typically jarring call, it immediately finds an aggressive rhythm and rides it out for the duration. Elsewhere, ‘Sun Bear’s violent crashing benefits from Steve Albini’s production, bludgeoning the listener with short, sharp shards of black clanging noise.

However, it’s on the contemplative ‘Sun Ray’ and ‘Lil Joy’ that we get a true feel of how far the band have come since their early days. Cancer was a dense, close record on which either of these tracks would have sat uncomfortably, shunned for their vestiges of melody. ‘Lil Joy’ in particular is as close as My Disco come to beauty, its use of repetitive hypnotic textures combined with controlled space as spellbinding as it is unsettling.

On the flipside though, and yes there is a flipside, Little Joy’s caustic quality renders it an emotional brick, the deliberate and uncompromising eschewment of melody at times hard to swallow. The tendency for songs to culminate in the manner they start, sticking with one or two chords throughout, can be wearing, even boring. On many of these tracks the band find themselves heavily in debt to Rebeiro, whose frequent drum interventions are the only changes in long periods of invariability, preventing things from becoming tedious. For all their fierceness and uncompromising control, the band never get anywhere near achieving the punch of their nearest sonic aquaintances; Shellac, Gang of Four or Wire, although it would be foolish to judge My Disco on such criteria. After all there’s no doubt that the importance of melody should never be underestimated, but with Little Joy, the band have proved it’s not always necessary in order to create something cerebral, challenging and mesmerising.