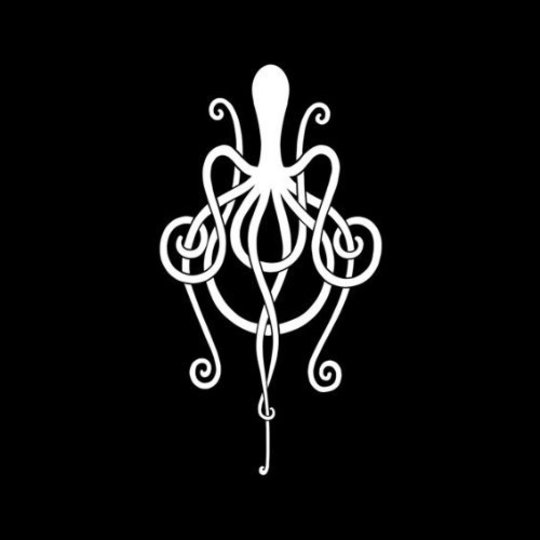 Double-albums, eh? From The Wall to Mellon Collie and the Infinite Sadness, the dual-disc concept has long been a brave and potentially foolhardy pursuit. When it works however, it can bring a depth and sense of direction that can’t quite be crammed onto a solitary, lonely CD. Enter Amplifier and their somewhat amusingly-titled entrance into the fray with The Octopus. Released on the band’s own record label, AmpCorp, and featuring two hours of music, can this molluscular release make good use of its 16 tentacular tracks and hold a listener’s attention for the duration? Let’s hope so, if only for the sake of octopus analogy fans worldwide.

Shortly after ‘The Runner’s introductory blend of silence, bleeps/bloops and the sound of some bloke running, it becomes clear that Amplifier have created an unabashed, balls-to-the-psychedelic-wall, old-school prog album. Indeed, the band may not be out to reinvent the wheel with The Octopus but, at the very least, they aim to carve their own groove within its surface. That in mind, think Pink Floyd rather than Tool, with a healthy amount of Porcupine Tree and Opeth thrown into the mix. Indeed, frontman Sel Balamir’s lyrical stylings are very much in the Rush/Yes tradition, with the cultural and spiritual exploration of faraway lands high on the agenda. See ‘Interglacial Spell’ for a warning that the “ice age cometh” and ‘Interstellar’ to “take a trip to a distant sun”.

As clichéd as it sounds, The Octopus does in fact take the listener on a journey; there is a definite feel of progression, not just in terms of genre but also in Amplifier as a band and The Octopus as a cohesive whole. Tracks like ‘Minion’s Song’ simultaneously echo Hendrix, Queen and Resistance-era Muse, although with less of an adolescent, 'look-at-me' attitude than the latter. Indeed, this is a far more diverse and accomplished set of songs than the band’s previous neo-grunge aesthetic ever produced. Although those days are occasionally revisited on tracks like ‘The Wave’ and ‘Fall of the Empire’, it’s with a newfound vigour that forms part of a much bigger picture. The Octopus is therefore difficult to pin down thanks to a considerable variety of sonic landscapes that, despite their often protracted running times, manage to command attention throughout.

A variety of themes that are revisited during the course of the album, from the Middle Eastern riffery that drives both ‘The Sick Rose’ and ‘Golden Ratio’ to each disc’s respective closing tracks ‘Trading Dark Matter on the Stock Exchange’ and ‘Forever and More’, both of which evoke Mogwai-esque crescendos but with guitar solos (obviously). These latter tracks in particular showcase the delicate balancing of Balamir’s guitar atmospherics against the band’s lovingly-crafted structures; it’s this attention to detail that makes The Octopus so deserving of a listen. As a work of the heart rather than the record company, Amplifier’s latest release is a nuanced record that lives and breathes; despite its animalistic title and remote lyrical themes, this is a very human album and that’s something which translates very well to the ear drums.

If the two discs were separated apart from their whole, part two would fare better in terms of consistency and strength of songwriting but the early stages of part one prove crucial to build the anticipation for what’s to come. In addition they contain the album’s title track and overall highlight: led by a brooding bassline, ‘The Octopus’ writhes and snakes around haunting melodies, a masterclass in building tension and delaying release. Moments like this highlight just how far Amplifier have come from the days of ‘Panzer’ and ‘O Fortuna’: The Octopus sounds like the work of a long-established act but one who is far more adventurous than the Amplifier of old.

An album that embraces the past but is unafraid of the future, as well as one that is entirely self-produced and mixed, serves as proof that, perhaps, the death of the record label is a good thing, at least for those who will listen to the results. The Octopus may not be perfect but, as an independent release that channels some of the glory of the legendary double-albums of yore, it is certainly something to be celebrated.