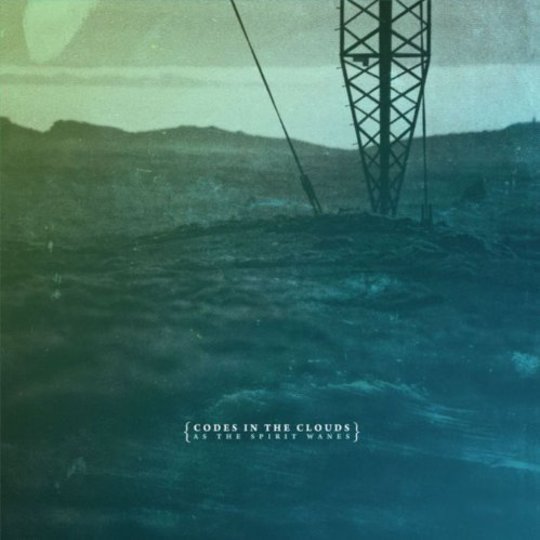 It might be a bit of a yawn for you to read a hyper-predictable reference to Mogwai or Explosions in the Sky during the opening lines of any post-rock review, but Codes in the Clouds make it impossible to avoid. This is their biggest selling point, if you choose to view it as such, but also their fundamental weakness. Second album As The Spirit Wanes is a ten track collection of post-rock by numbers; a record which was sadly outperformed by others many years ago, and is left for dead by more progressive and exciting contemporaries.

The band’s biggest stumbling block is their dogmatic adherence to the most elementary form of post-rock structure. The commonest trick for any act of this nature is the successful orchestration of build and release; the interplay of shifting textures giving rise to tension and climax. However, Code in the Clouds appropriates this at its basest level: the ‘build’ is the quiet bit, the ‘release’ – always coming out of nowhere – is the loud bit: no mess, no fuss. Clean guitar tones and finger picked arpeggios suddenly give way to crashing drums and towering guitars (and back again, and back again...) as if turning on and off a tap. And the guitar lines do little in response to these shifts; they’re almost always dully hugging the chord progressions, and usually just leap up a few octaves to meet a climactic peak in the music. Few and far between are any textural shades of grey or surprising turns of melodic phrasing. This black and white approach to their craft soon finds the band running out of thread about halfway through any given track.

What’s even more frustrating is the fact that, when Clouds actually hint at any form of deviation from this rudimentary blueprint, the band either does nothing with the new musical element or – worse yet – kills the jam altogether. When the band brings in a few strings on ‘You and I Change Like Seasons’, or a few horns on ‘The Reason In Madness, In Love’, they do little more than have them hug the chord progression as tightly as the guitar lines, before fading away into nothing. When the band finally escapes the mid-tempo dirge of ‘Where Dirt Meets Water’ with interesting rhythmical developments, the thing stops dead as soon as it threatens to become more interesting. Codes in the Clouds always take the first available opportunity to get back into their rut of binary distinction between textures.

Counter-critics might argue that instrumental pieces like these don’t do to be over-thought; that soundscapes of this nature are designed to be felt more than listened to and dissected. And indeed, this very website’s album of 2010 evidences the fact that soft ambience and understated instrumentalism need not be synonymous with boredom. But with As The Spirit Wanes, the constant adherence to the most rudimentary structural frameworks distracts the listener from any form of escapism that this music might provide. Granted, just as a stopped watch tells the time correctly twice a day, the timeworn formula hits upon success every so often: consider the powerful cascade of the descending lick during the peaks of ‘You and I Change Like Seasons’, for example. But such moments are all too fleeting, and all too rare. To stay on the post-rock radar, Codes in the Clouds are going to have to work a lot harder to actually push the boundaries of the genre, rather than just providing a watery imitation of their peers.