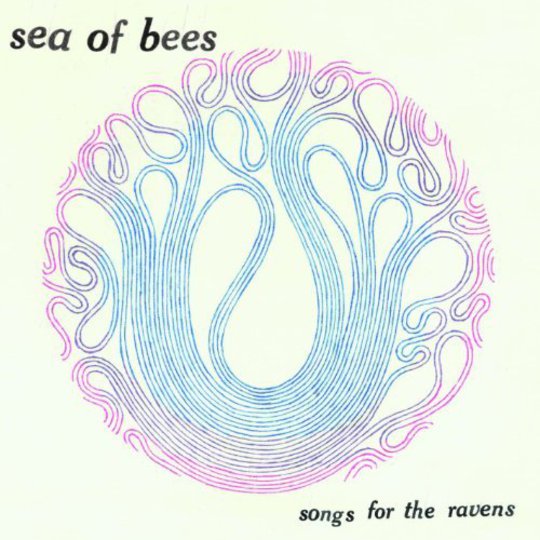 Wallpaper. It's one of the modern world's most peculiar and unnecessary luxuries. For some baffling reason, millions of people choose to spend hours in colossal home improvement stores agonising over what luxurious floral print best embodies their personalities. Then, once it’s up and pals are suitably impressed over Tetley and ginger snaps, their immaculate choice of interior enhancement fades into the background, barely given a moment’s notice amongst the rabble of domestic life.

In musical terms, Sea of Bees' debut album, Songs For The Ravens, bears a striking resemblance to such initially gratifying, yet ultimately pointless, decoration. On first spin, Californian songstress Julie Ann Baenziger‘s aural tidings sound polished and preened, but they very quickly evaporate into insubstantial melodies that carry no weight and hold little interest. By spin number five, this woozy indie-folk affair has turned into the sort of cushioning ambiance that would droop the eyelids of the most stubborn insomniac.

Admittedly, that’s a harsh deconstruction of Baenziger’s craft. Her soaring mew is bewitching- a luscious hybrid of Nina Persson and Cat Power – and, at times, there’s a subtle quirk to her acoustic arrangements that positions her apart from the straight-laced swooning of her fellow west-coast folkies. Yet, despite these virtues, it’s a record that lacks any discernible hook. Rather then a succession of fully realised, off-kilter refrains, Songs for the Ravens feels like a sketchy daydream without the necessary parts to form outside Baenziger’s imagination.

But these are fleeting moments on a record often lacking direction. Dreary tearjerkers like ‘Strikefoot’ and ‘Blind’ mingle freely amongst 'Marmalade'’s ambling rhythm and the tedious country balladry of ‘The Gold’. 'Sidepain’’s toe-tapping strums may strike a light with embittered females (the rousing “where did all the good men go?” callout will undoubtedly see to that), but it’s a distinctly prosaic affair that places Baenziger in the same awkward corner as KT Tunstall – a highly skilled artist who doesn’t always make best use of her ability.

Composed by someone who clearly aspires to kookier songwriting realms, Songs for the Ravens is surprisingly one dimensional. It may not be intentional, but it’s a record polished with chart-pleasing gloss, both in melody and lyrics, and lacks the mystique needed for sustained listening. With greater vision Sea of Bees may one day become a more substantial proposition, but for now Julie Ann Baenziger’s solo project barely papers over the cracks.