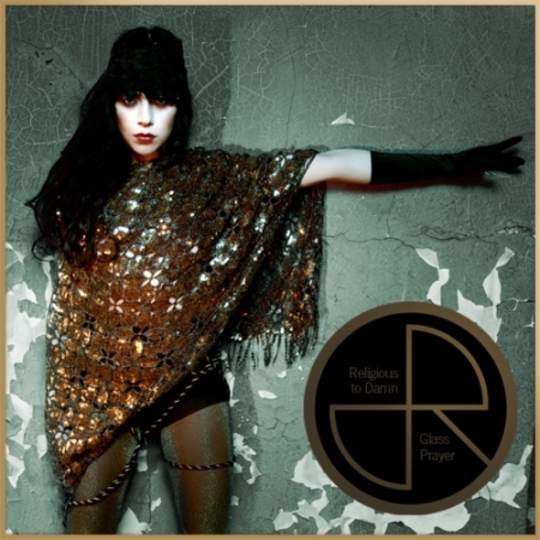 The press release accompanying Glass Prayer, the debut LP from New York based collective Religious to Damn, is a humdinger. A sterling example of stealing the obscure, sexy, words from the dictionary and lassoing them around the hum-drum 'we formed a band. And are good'. Ranging between extracts from a children’s fantasy novel and the sparkly dialogue from the slightly infected hosts of Babestation, it is a riveting page turner (quite a feat when you consider that it is only one page long). Though hidden amongst the characterisation and flowing narrative, behind the intentionally accidental innuendo, there is a daunting health warning. It turns out that the good reader is about to be subjected to Gypsy Rock.

When I was a pup, I was quite keen on the idea of gypsy rock. Naively imagining the freedom of the caravan culture, becoming surprise tenants of the local council playing fields, helping the nearby residents of the local community by starting work on a new driveway, re-tiling the roof of their house or maybe constructing a new conservatory, while the homeowner is still at work. That’d be some material for songs. Though it turns out Zohra Atash, the ‘central force’ of Religious to Damn, has her routes way out east, way beyond the supermarket car park’s horizon, in Afghanistan.

So it is the other kind of gypsy, a bit more mystical and glamorous, far more likely to run off with your husband than one of our much maligned travellers.

Religious to Damn actually offer a pretty standard set up for a collective. Guitars, bass and drums drenched in the odd atmospheric squeal, at heart really it’s just plain old rock and roll. It isn’t all high-brow, strange instruments, ethnic noises, and Damon Albarn gurning in the corner with an erection. The closest it comes to this image is the final track, ‘The Bell’, which does almost become world music. Though after a while the groove dissipates and thankfully gravitates towards shades of early Velvet Underground at their droney best.

The breathy vocals are quite alluring, with a hint of menace. It definitely feels better suited to a desert than their HQ in New York. ‘Terra’ especially highlights this cowboy vibe, though there are also snippets of surf guitar on ‘Black Sand’. The record sounds like the official soundtrack to a kind of bunny boiler fronted version of Steven Spielberg’s prolonged motion picture car chase Duel, but with slightly less sexual tension. It is at times epic and atmospheric.

My biggest gripe would be that it is in one gear for pretty much the whole record. Not necessarily plodding along, but certainly on cruise control. No real surprises. No handbrake turns, no exceeding the speed limit. Jesus, even the windscreen de-icer is filled to the recommended levels throughout.

It isn’t dull, or instantly forgettable, but I probably couldn’t sing you any of the songs a week later unless I had put in sufficient effort. I suppose in one respect, the best thing about Glass Prayer is that it sounds like an album. All the songs work together. It’s not just a collection of random songs. But you won’t be whistling any ditties at the bus stop, unless you possess the sheet music (and can read sheet music).

I can listen to it, but can’t imagine when I would. It would probably work better in a live environment. Something is missing, it lacks a bit of bite.