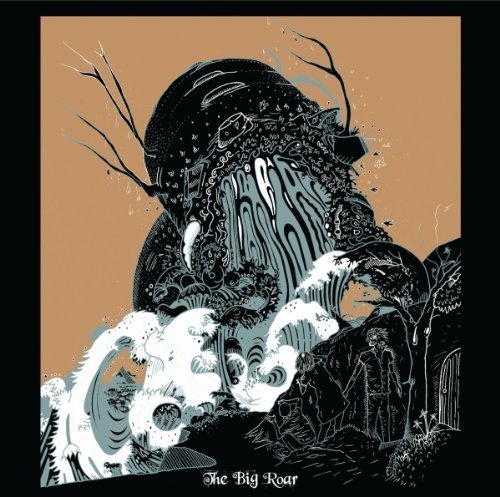 The Joy Formidable - The Big Roar

One has to wonder exactly why it’s taken The Joy Formidable so long to get The Big Roar together. But for the most part, these tracks burn with anthemic vivacity.»

closethe first 100 copies sold at rough trade are signed by the band. already one of the uk's most vital live bands, the joy formidable unleash their debut album following a year that has seen them move from tipped outsiders to band most likely to. the breathy shared vocals of ritzy and rhydian give and take in a kind of call and response format; mumbling muffled, incomprehensible lyrics, punctuated occasionally by eyebrow-raising oohs and aahs. the ambient, hazy fuzz that swathes the music evokes a sense of sexual tension and release. 'the big roar' is an epic and immediate pop album that's driven by crunchy basslines, loud / quiet dynamics and female vocal whoops. it sits somewhere between the breeders, a kim gordon fronted sonic youth and the yeah yeah yeah's.
description from www.roughtrade.com