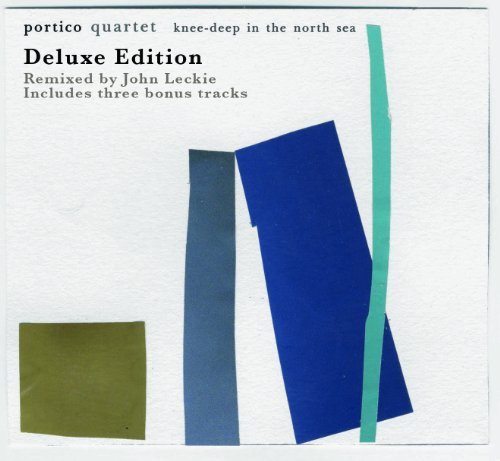 This deluxe package, like so many, doesn't add much to the original, but if all it achieves is to bring in new listeners or serve a gentle reminder to old fans, this can only be a good thing. »

closeback in stock having been remixed by john leckie and also with 3 extra tracks. portico quartet are four young musicians from south london who sound like nothing you've ever heard before. living and playing together they describe their ethos as like an indie band that plays post-jazz, and their unique sound has won them fans from gilles peterson to radio 4 and notion to bbc music magazine, and made them time out's jazz, folk and world music album of the year. their 2008 mercury nominated debut 'knee-deep in the north sea' is a cross between jazz and modern classical. it's mellifluous, exuberant and jaunty, full of catchy tunes and strong hooks - highly recommended.
description from www.roughtrade.com