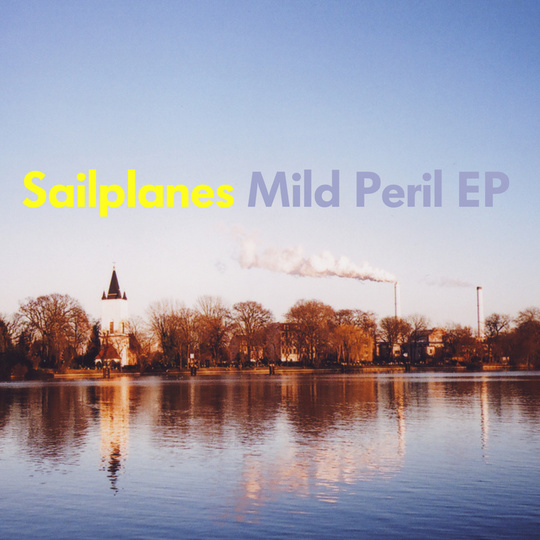 It’s been a few years since I first heard Sailplanes and in that period they’ve moved on immeasurably.

The things that were good initially remain on this five track EP, such as their ability to create a taut, frantic song in under three minutes using just the most stripped back of instruments. Plus Stacey Hines’s half spoken/half sung vocals are still an understated delight, slightly out of sync with the music and highly reminiscent of Life Without Buildings’ very own Sue Tompkins. When her tones come in on opener ‘The Backs of My Eyes’ they instantly instil a sense of clout after the slightly haphazard intro.

Tim Webster’s vocals aren’t utilised as often but they’re not bad in isolation either, such as when they snarl into life on the unfurling ‘Photograph the Past’. However they work less successfully on EP closer ‘Die Brücke’ where they clash with Hines’ backing chorus somewhat.

‘Tilted’ is probably the standout track: three minutes thirty of controlled changes in tempo and naked, raw guitar notes built around a wealth of interesting lyrics and refrains that break the confines of the music. It’s also the song which proves that the band know how to play very well indeed, without ever resorting to self-indulgence.

There is a nagging feeling that their being so reminiscent of certain under appreciated bands might mean they'll never reach far beyond the realms of being merely compared to them, though thankfully they seem to at least like very good bands. However, since they’re giving this EP to you for free then you really have precious little reason not to investigate for yourself.