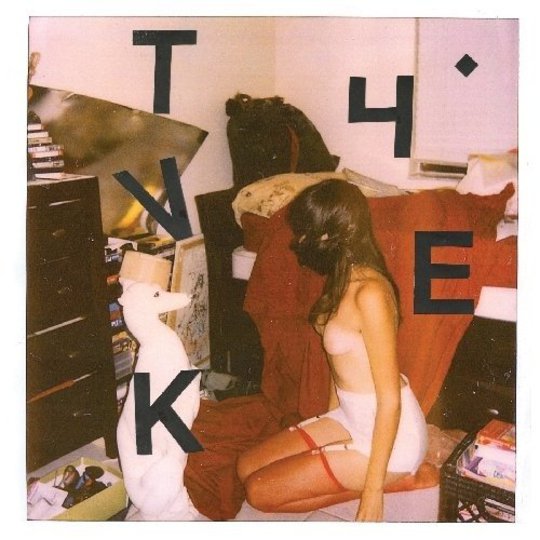 Let me start by saying that I am not entirely qualified to be reviewing this record. Like a great portion of Drowned in Sound readers (I think?), I am not all that punk. I am currently typing this piece while wearing a particularly natty pair of Italian trousers cut from 'Super 100s' wool, and a navy blazer accessorized with a white pocket square. Those more astute members of our readership may have spotted Drake’s Thank Me Later as my pick for 2010 record of the year. Nonetheless, like many of our readership, I also hold a soft spot for punk in my heart (in the left atrium). From the ages of about 14 to 16 I was fully convinced with every ounce of my being that Punk was the raddest music possible on the planet. I went to punk shows, I wore old trousers, I caught a lot of elbows in the neck from a ginger friend who didn’t know how to mosh properly. It went really well until I realized 1) most of it actually does all sound the same and 2) I much preferred the feeling of being envied by others to the righteous self-indignation one gets at railing against the system. That said I still very much enjoy the occasional basement gig and classic punk retains a large spot in my current rotation (is listening to classic punk actually punk? Probably not.)

I also tend to love a lot of the more 'modern' punk bands. 'Sure, I still listen to punk', I would hypothetically say, while adjusting my tie. 'I love No Age, Male Bonding, Fucked Up, Vivian Girls, et al'. Only problem with that is, stacked up against something that is really avowedly punk in the old-school trad-punk musical formula here’s three chords now go make a record sense (like Tyvek), these bands aren’t really that punk. If your definition of punk is making records that sound like Eighties and Ninties scrappy basement punk, then Tyvek are substantially more punk than Fucked Up ('um, yeah, it’s like a 36 minute prog-epic based on Canadian serial killer Robert Pickton with, like, violins') or No Age ('Their sparse yet elegant use of feedback is particularly Eno-esque, and recalls the more Fluxus efforts of early LaMonte Young') .

So, yeah, Tyvek (on this album anyway) are pretty trad-punk. Which is not all that bad. When one wants to listen to something that sounds like old punk rock but isn’t actually old punk rock, one could do a lot worse than listen to these guys. The entire album is inoffensively if un-innovatively punk-esque, the lyrics are incomprehensible, vague and occasionally hilarious if you read the liner notes "Would you give a dog LSD, would you give a cat a lobotomy?", “People in the passing lane, just pricks in a car, fuck off!”. So if you are looking for something kind of punk-sounding that is new, go for it. Also, go see them live; they would probably be pretty good live. You could stage dive. They are also just obscure and underground enough that my 16-year-old self would have felt pretty rad about knowing about them when other people didn’t and would have probably written their name on the outside of my notebook. They have a great name. Naming yourself after a strange textile made by DuPont to insulate houses (or something) is very punk.

One problem though – isn’t being punk kind of about innovation? Or is it more about playing really loud music not very well in a basement, the freegan lifestyle, and having an old leather jacket that you write things on? If you do subscribe to the 'it’s punk to be original and innovative' party line, then write something else on your notebook instead. (A question: right now, it is actually more punk to make music with computers than with guitars?)

Or you could just write both names, you probably have space for both names. I don’t know.