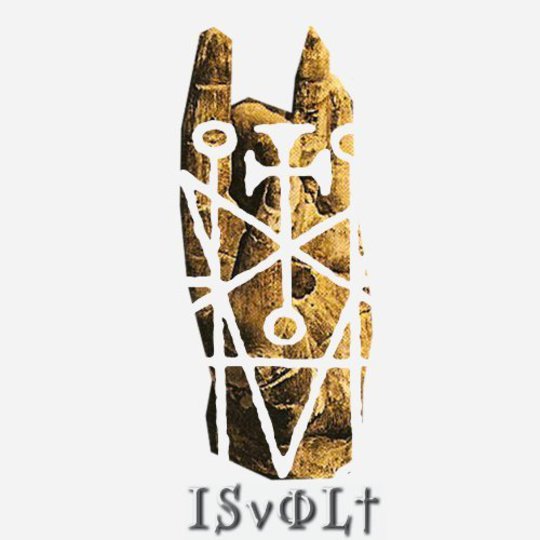 There will be people reading this review aware of 'witch house' by name - or reputation - alone. As befits such an internet-based phenomenon, word of this new international scene has reached us via the creeping buzz of blog hype rather than through the old fashioned medium of mainstream music journalism. Unlike the proponents of past genres who have dressed and named and photographed themselves and their work in a certain typical way while insisting it's still 'all about the music, maan', witch house seems to openly embrace the visual aesthetic of its subculture. Therefore for every blogspot raving about the new oOoOO remix, there's a tumblr making waves combining religious, cosmic, satanic and nostalgic imagery and championing gothic-inspired models and fashion designers. Great, you might say. However, all of this hype and blogging and fashion talk breeds scepticism in your average music fan, and admittedly it is pretty easy to get sceptical about this.

That scepticism is only compounded by the elusiveness of witch house; artist names are often unpronounceable, unsearchable, untypable without the aid of character map or eudcedit. Releases are often furtively swapped 7-inches, CD-Rs or VHS, or mixes/remixes let loose onto dim corners of the internet that are stumbled across once at five in the morning and, post-download, are never seen again. It can be difficult to figure out what's what, who's who and where any of it actually comes from. That's where Isvolt comes in. Drawing upon the roster of LA-based label Disaro, this compilation brings together nine of its best acts as a perfect starting point for the curious, or confused, listener.

The influences of this selection of Disaro's roster are wide-ranging and easy to spot - the homebrewed, unpolished quality of minimal wave, the woozy, veering textures of dream pop backed by scuzzy hip-hop beats. Samples ranging from bratty diatribes (†‡†'s 'Misery Walk') to atonal industrial klangs (//TENSE//'s 'Versus Man') and gangsta gunshots (White Ring's 'IxC999') are distorted, chopped and screwed, bubbling sinisterly beneath the surface. There are even moments on this sampler that recall the wave of dark disco that emerged late in the last decade, centred around New Jersey label Italians Do It Better. While the origin of this similarity may be through shared influence, the parallels in tone, format and ethic between the two suggest a natural progression of sounds and ideas where genre boundaries are loose and experimentation is rife.

While the mood of these acts is generally meant to be oppressive (see the Ligeti-aping wails of Mater Suspiria Vision's 'Ritualzz of the Crack Witches' and the tense, cackling arpeggios of Party Trash's 'Sky Clad'), the eclecticism of the work collected here shines through and prevents the record from becoming one-dimensional. The icy strobe of Fostercare's 'Cold Light' is quite gorgeous, metallic and unintelligible as it is, while the lighthearted steel drums of White Ring's 'IxC999' are a vital show of humanity for the collection, a sly wink reminding us that this is the sound of creative people having fun. Tying things up on a high, the sewer R'n'B of Raw Moans' 'Nectarine' that closes the sampler exposes to us the pop sensibility that is the beating heart of all the artists collected here with possibly the record's strongest showing.

Like many other genre-based samplers, Disaro have provided us with a rosetta stone with which the uninitiated can familiarise themselves with the Witch House genre and hopefully, find themselves inspired to go digging for more. The songs complied here show a scene of eclectic, artistic and fun-loving individuals, and as a stand-alone work or as a gateway drug for a journey of aural discovery, it is a highly rewarding listen.