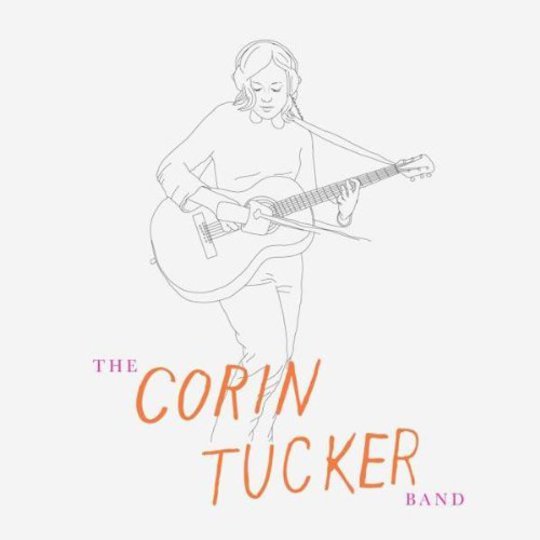 As the primary voice of Sleater-Kinney, Corin Tucker’s reputation was built on savvy Riot Grrrl 2.0 lyrics and near-operatic singing. Her first record outside of that band is defined by the absence of those traits. 1,000 Years is shockingly refined. A reboot after the sonic assault of 2005’s The Woods, there are echoes of Ian MacKaye’s post-Fugazi project The Evens; a necessary levelling off after more than a decade of unsustainable intensity.

Coming to 1,000 Years as a fan of Sleater-Kinney, the near-total lack of Tucker’s recognisable singing style initially gives the album the feel of demos. Former bandmates Carrie Brownstein (now half of comedy duo Thunderant with Fred Armisen) and Janet Weiss (woefully underused in Stephen Malkmus’ Jicks) referred to Tucker’s tremulous vibrato as The Tool, but here she mostly sings in a comfortable and unobtrusive lower range. When her idiosyncratic fifth gear surfaces its rarity gives it extra punch.

It’s not until strident fifth track ‘Doubt’ that we hear Tucker in more familiar vocal style and when it comes it’s almost immediately interrupted, the song grinding to a halt with the sound of waves. It’s as if she’s wary of unlocking the emotional force of her old band, the sea washing away the past. That’s not to say that Tucker is holding back from forceful feelings. The album is bookended by the forward-looking ‘1,000 Years’ and its resigned minor key cousin ‘Miles Away’ which achieve tremendous poignant punch with laudably different approaches.

‘Miles Away’ is a heartbreaking mournful piano ballad, with the sort of effortlessly tragic melody Elliot Smith wrote every day before breakfast. ‘1,000 Years’ progresses slowly from warm guitar to handclaps, keyboards and measured drumming from Unwound’s Sara Lund. Its lyrics are overtly about recovering after a breakup, but it’s tempting to read them as about a tentative return to music rather than romance:

I felt nothing, for centuries, I was numb

Some things we cannot know

Some things we cannot mend

The album’s billing as the work of a band is instructive (multi-instrumentalist Seth Lorinczi completes the trio), because this isn't an exercise in navel-examining singer-songwriting. Sleater-Kinney made occasional use of horns, strings and drum machines but 1,000 Years wholeheartedly embraces a broad palette of instruments. ‘Handed Love’ is powered by sultry organ then torn apart by almost glitchy electronic swirls and perilously fuzzed up bass. ‘Half A World Away’ builds from a half-asleep One Beat military rhythm to a brief excursion into dubby territory.

There’s a warmth and tenderness running 1,000 Years which wasn’t often allowed to surface within Sleater-Kinney. ‘Thrift Store Coats’ rewrites the redundancy-induced poverty of Tucker’s neighbours as a rabble-rousing challenge to collectively triumph over, also highlighting her gift to craft a story through sparing lyrics. The folksy songs aren’t as convincing. ‘It’s Always Summer’ and ‘Dragon’ evoke cosy Oregon log cabins but shrink in comparison to ‘Handed Love’, ‘Doubt’ and ‘Half A World Away’ which take thoroughly unexpected left turns without losing momentum.

Shorn of Brownstein’s intricate guitar playing, Weiss’ wonderfully impatient drums and her USP: The Tool, The Voice, Tucker is operating at brave distance from her comfort zone. In doing so she’s unveiled a whole lot of other things she’s good at.