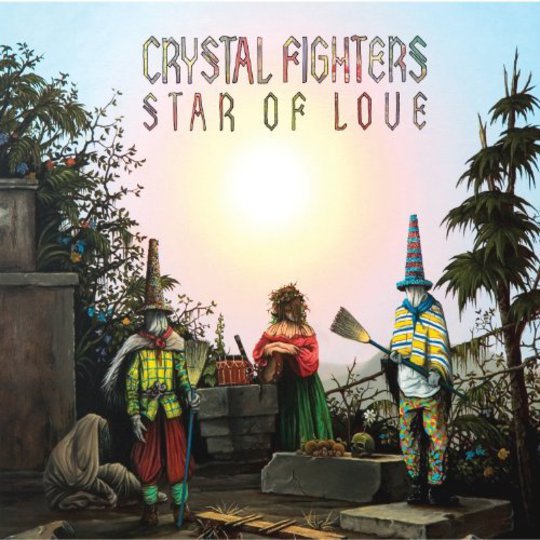 Definitions are a young man's game. From the attempts of a toddler to define everything as 'CAR!' to the more worldly classifications of later years, each and every one is a comfort. If everything is compartmentalised and quantified, then we don't just know what it is and where it is, we know its relation to every other thing we've done the same thing to. This process helps us realise what is what, and what is not, and from there we can create relative values in our heads. 'I like Minimal Techno more than I like Witch House', for example. The defining process, does not however, give great insight into the inner nature of what we attempt to pin and name. That can make it seem like glib pigeon-holing, and throw up micro-genre definitions that make sub-editors sphincters contract wildly. I'll just pick a handful from the PR blurb now.

Proto-tradstep.... Lo-fi tropical electro... Bass-driven wonk-funk... So when a band throws out signals wildly and dares to straddle the divide between a couple of genres that really shouldn't work together, that's when the real fun begins. Crystal Fighters are one such band, with two sub genres battling for dominance in their sound. There's an obvious debt owed to Balearic house, with each song working towards a level of euphoria through deep layers of instrumentation. Relentlessly upbeat, the vivacious rhythmic weight isn't solely carried by the bass and drums, even while they are still key. Instead percussion is shared out through the entire band, from recurring vocals signalling time changes, insectoid electronic chittering and squeaking, fingers tapping, rare but well timed chugs of metallic guitar, and swathes of synth swarming underneath only to reach up and stab through the mix at vital points. It's a heady, immersive brew that recalls MGMT and The Knife.

But throughout Star of Love another distinctly Spanish sound is apparent, that of traditional guitar-led folk. Its influence especially strong on 'Plage', reining in the polyrhythms to let a charming story of young lovers meeting be told. It's faster, for sure, to keep pace, but the kitchen sink approach encompassed by the rest of the music is regularly embellished by baroque sounding folk guitar licks. This lends a sense of refinement to proceedings, and separates Crystal Fighters from the rest of the indie-friendly dance masses. There are a couple of things holding this album back from future classic status, mainly that the relentless tempo rarely drops low enough to give the listener a breather. Also, if you add that to the slightly-too-busy mix and drums that don't quite blast loud enough, you've got a record most suitable for driving at night, any extended period where you must stay awake at all costs, and late summer sunrises. Like many a début, it could have been more, but regardless of this Star of Love is an auspicious start.