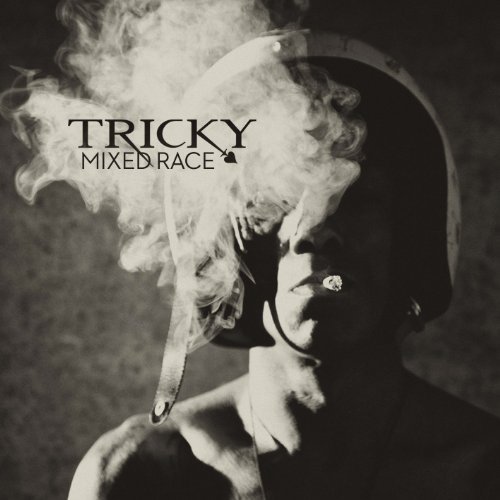 Awakens something you might not associate with Tricky: a burning interest to hear what he’ll do next.»

'mixed race' is tricky's ninth studio album and his second released through domino after 2008's 'knowle west boy'. 'mixed race' was recorded in paris, where tricky currently lives, and is tricky's most direct album to date. musically his magpie's eye takes influence from uk, jamaica, the us, north africa and france. there's a wealth of experience distilled within as tricky approaches twenty years of recording; yet he remains as vital as ever. he sets out his motivation early with every day, and then proceeds with narration and temptation, reflection and perception, mischief and misbehaviour. as ever he has a wealth of singers and collaborators. 'mixed race' introduces irish-italian franky riley who has toured as tricky's vocalist for two years and makes her recording debut here, there's also terry lynn, bobby gillespie, hakim hamadouche, blackman and tricky's brother, marlon thaws who's the thirteenth of fourteen siblings.
description from www.roughtrade.com