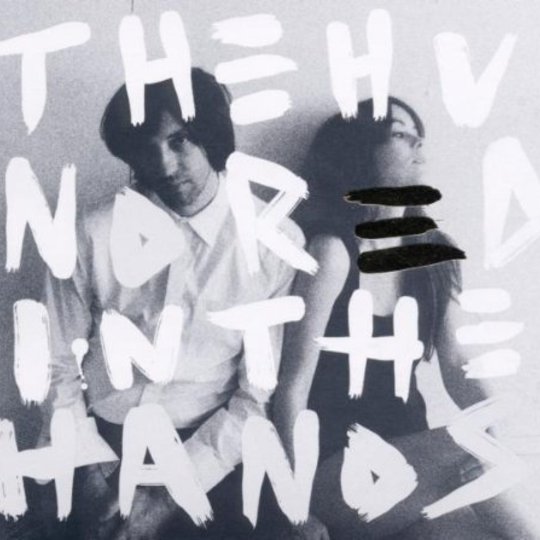 With a trajectory built on buzz, a slew of EPs and signing to bastion of all things uniquely beautiful, Warp Records, The Hundred in the Hands doesn’t initially appear to be mould-breaking stuff. But then, Eleanore Everdell and Jason Friedman don’t seem to be playing by exactly the same rules as their Brooklyn peers.

You only need to take a quick glance at the wilfully succinct biography on their MySpace page to realise that there is a simplicity, a lack of pretention in how they go about their business that almost gives a faux sacrilegious impression of humility considering their Brooklyn heritage. Sure, they may have the friends in high places that will mean their music is automatically filters into hipster circles, but theirs is a sound far more universal than that oh-so-revered scene in which they were born into, and this debut album should surely allow for a slight tilt in the spotlight.

Their foot-shifting intentions clear are from the very off, with a double header opening of powerhouse disco pop that, whilst obviously a la mode, manage to supersede any preconceptions of pretention. ‘Young Aren’t Young’ builds from haunting bass resonance into a full-on New Order-baiting beast, with Everdell’s vocals calmly dictating poetic metaphors of lover’s trysts. ‘Lovesick (Once Again)’ allows Everdell’s confidently portrayed fragility to become far more introverted and personal, with an achingly catchy chorus again making evident how the duo’s ability to fashion their obvious influences into something equally memorable is hard to match, especially on such a debut record.

That word, confidence, is one that can be applied to much of the record. For many other bands, it can be hard to pull off accessibility with credibility. Of course, that credibility could falsely come from their community more than anything, but this case is not that simple. There are real take you aback moments on this album that are based on plain pop sensibility above anything else. Recent single ‘Pigeons’ could so easily be a Girls Aloud number, such is its infectious use of straightforward song writing structures and melodic cadence, whilst ‘Commotion’ is just an outright hit – for anyone. Any musician. Any human being. Its plays on Blondie histrionics and sequenced synthesisers, twinned with the subtle shreds of Friedman’s reverberated guitars, could easily become another anthem for this revivalist generation.

Of course, their directness doesn’t just reside in a penchant for poppy goodness. ‘Gold Blood’ reeks of amiable post-punk adoration, with Everdell’s chameleon vocal swiftly changing from an Andrea Zollo/Karen O kind of call to arms into that heartbreakingly romantic choral, whilst ‘Dressed In Dresden’ stomps and warbles with juggernaut power, before being protected from its own strength by beautiful washes of synthesised noise. The slower tracks, also, go further into showcasing Friedman’s ability as both songwriter and producer, with closer ‘The Beach’ in particular demonstrating just how their seemingly simplistic musical set-up actually offers far more than meets the eye.