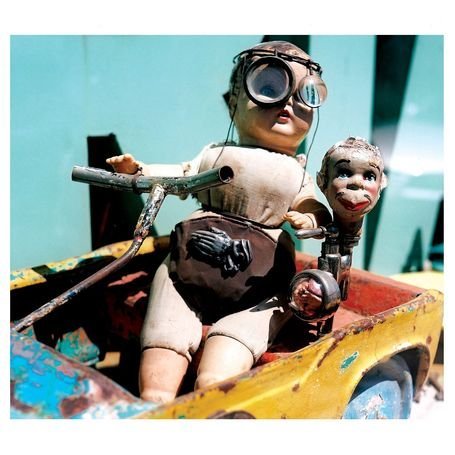 The hour-long main section of Jojo Burger Tempest is too hollow to be of much merit.»

the 'jojo burger tempest' is the new album from the uk's finest electronic post-rock band working for a nuclear free city, the follow-up to 2007's 'businessmen and ghost'. and like that expansive debut, the 'jojo burger tempest' takes place across two discs, with 15 tracks on one and the 30-minute title track on the other. everything about the album is epic. it was recorded over a period of 18 months in two distinctly different locations: a warehouse in the north of england and an isolated cottage in france. over that period, the band laid down a few ideas a day and amassed some 2800 song ideas, despite claiming to suffer from writer's block. the longform track on cd2 was created in a single day using ideas that had found no home elsewhere on the album, like dvd extras reworked into a new piece of art.
description from www.roughtrade.com