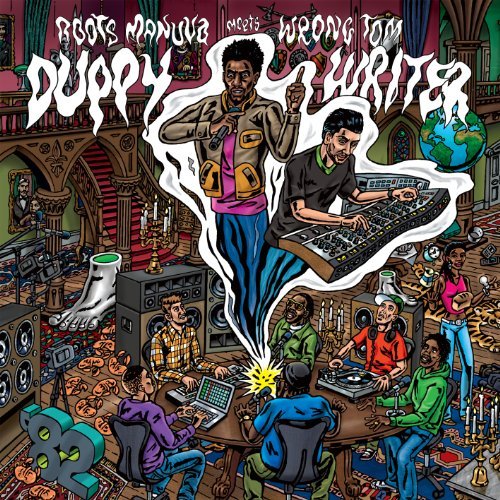 It’s a record that remains true to the Cause but is different enough to make even the biggest Rodney Smith head reconsider. »

what you hold in your hands is largely a series of re-works by a talented producer who, for reasons best known to himself, goes by the moniker wrong tom. it covers all four of roots manuva's main albums, plus tracks from 'dub come save me' and 'alternately deep' and a brand new collaboration with mr manuva and ricky ranking on lead single 'jah warriors'. tom decided to re-imagine each track as if his re-work was in fact the orignal version of the tune from a previous decade. hence 'motion 5000' becomes classic roots groove 'motion '82,' whereas something like 'rebuff' sees 'buff nuff' return as vintage digi-dub. it comes housed in artwork by the legendary tony mcdermott - who was responsible for the illustrations on many greensleeves classics.
description from www.roughtrade.com