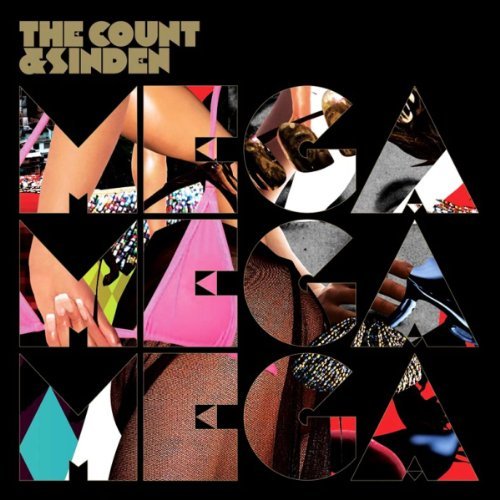 An album which aims to be fun rather than boundary-pushing is something often sneered at by the more dedicated audiophiles out there, but this record should serve as a reminder that not everything good is found at the bleeding-edge of possibilities. »

'mega mega mega' is a meeting of minds between two friends - both producers and djs in their own right - collating their vast range of musical influences. this was an album the count (aka herve) and sinden simply had to make. following the ethos of their huge club nights of the same name, the count and sinden reject the idea of enlisting a-list stars, and instead call in friends and fresh new talent. indie mavericks (and the duo's neighbours) mystery jets collaborate on highly addictive lead single 'after dark'; mia protege baltimore-based rye rye lends her vocals to 'hardcore girls'; rising uk star katy b features on the ragga punk love story 'hold me' and the unmistakable voice of grime king bashy appears on 'addicted to you'. the opening track, 'do you really want it', featuring the breathtaking rapping skills of trackademicks, is a suitable call to arms - all twitching synths and alien throbs. every sound imaginable is fed into the count and sinden's visceral mix - house, techno, dancehall, hip hop, electro, ragga, garage, afrobeat, booty bass, latin funk, baile... the result is an authentically british album jam-packed full of anthems for a party loving generation; a record which is unapologetically honest, playful and hedonistic. this is a new chapter in the history of forward-thinking, electronic dance music, as written by the count and sinden.
description from www.roughtrade.com