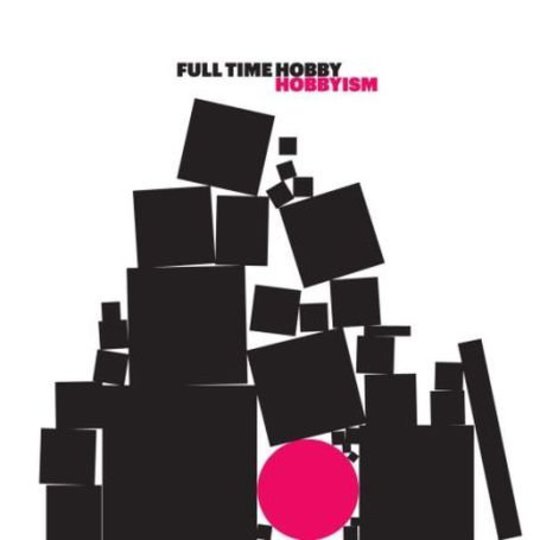 Independent labels tend to take a while to build up their reputations. Many start off with modest releases, small formats, small bands, before they hit on the right artist. Some only get it right once, some become household names in spite of their limited resources.

Full Time Hobby isn’t quite yet a household name, but several of its bands may as well be. In the six years since the label launched, it has managed to develop an incredibly diverse roster, both in the musical and global sense. It seems very reasonable that it should want to show it off.

Hobbyism is a brief compilation of the label’s latest talents, and more than adequately showcases the eclectic roster. It’s a well-balanced collection, with an unlikely but exciting track listing that run the effervescent shoegaze of School of Seven Bells' ‘Babelonia‘ into the unchecked frustration of Micah P Hinson’s ‘2s and 3s‘ which further bleeds into the downtempo pop majesty of Tunng’s ‘It Breaks'.

The pacing on Hobbyism is for the most part perfect, and perhaps more crucial here than on any single artist’s album; without the natural cohesion songs on the same album by the same artist usually possess, further consideration is needed. While being jarred from a ballad by a rock anthem can have an energising effect, no-one wants a buzzy pop song to be killed by a mellow singer songwriter. Here is where the Full Time Hobby team shows their attention to detail. The psych rock of Erland and the Carnival that opens the album sounds like something out of an old Western and it’s half an hour away from the old cop film psych rock of White Denim.

What may not have considered, however, is how the Leisure Society could be placed unfortunately close to Malcolm Middleton. It is unfortunate for the Leisure Society because Malcolm does heartbreak and pain very elegantly. He has spent long enough bearing his feelings and manipulating ours that he knows how to reach an audience regardless of what he’s saying. Where he employs female backing vocals that counter his heavy lyrics, the Leisure Society use strings that darken the already morose mood. With the two tracks sequenced so near to one another, it makes the Leisure Society seem bogged down by comparison.

The format of the label compilation is, itself, somewhat dated. In an age of iTunes and, more economical still, Spotify, collections like Hobbyism are no longer the most efficient way to discover a good deal of new music at once. Furthermore, only one track is previously unreleased, Fujiya & Miyagi’s wonderfully understated attack on posh modern living, ‘Taiwanese Boots.’ While fans of Fujiya & Miyagi will undoubtedly be eager to hear their first new song in two years, it’s hard to say how encouraged others will be to sample bands in this fashion. Such is the continued paradox faced by indie record labels: the value of music as art versus commercial good.