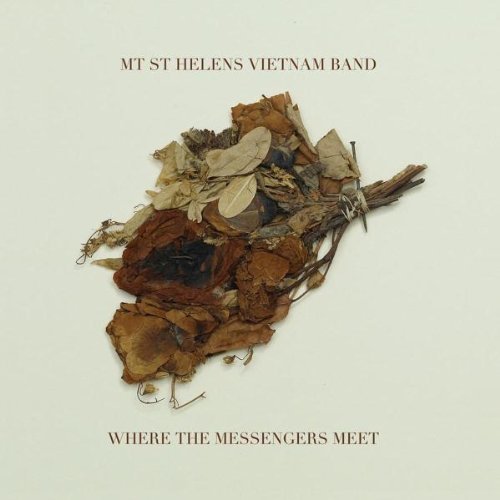 'Promising' once again seems like the right word, but on Where The Messengers Meet the Mt. St. Helens Vietnam Band do a good deal of delivering too. »

mt st helens vietnam band second album on dead oceans, 'where the messengers meet' is an exercise in contrasts: the delicate and gentle, the dark and furious. mt st. helens vietnam band collects powerful compositions into one cohesive whole held together with lush production and a haunting atmosphere. they are imperceptibly inching away from an angular style influenced by modest mouse and wolf parade, instead incorporating an epic sound recalling both the modern masters such as arcade fire, and classic pioneers, like pink floyd.
description from www.roughtrade.com