Twist Your Soul - the Definitive Collection 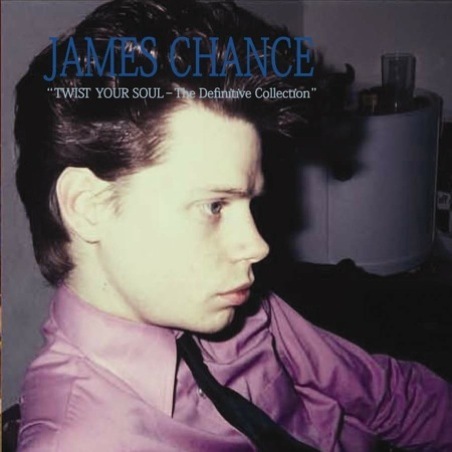 James Chance & The Contortions - Twist Your Soul - the Definitive Collection

Twist Your Soul is the perfect overview of a wayward career which disregarded the punk disdain for disco and, as a result, crowbarred in a myriad of exhilarating ideas to be used and discarded by hordes of groups afterwards. »

double cd retrospective of no wave pioneer james chance. it was compiled by chance himself, who has enjoyed a return to the spotlight of late following his recent performance at matt groening's atp. the first disc contains 14 studio recordings from the 1970s and '80s, including instantly recognisable classics like 'i can't stand myself' (produced by brian eno for the no new york compilation) and 'contort yourself' alongside less well-known fare; the second disc is comprised of 16 previously unreleased live cuts culled from chance's personal archive.
description from www.roughtrade.com