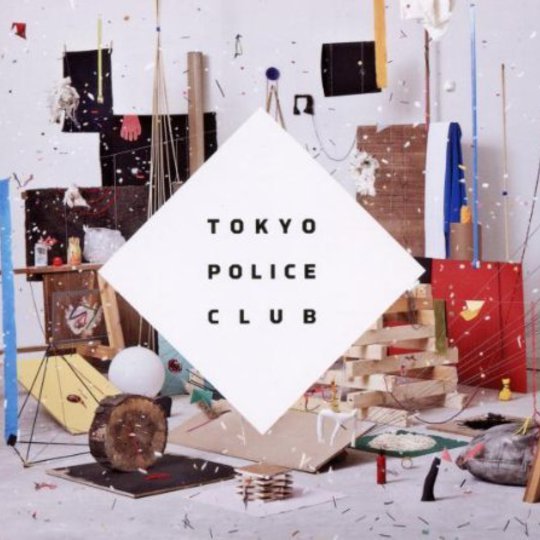 ‘I’m not just saying this because I’m from Toronto – I feel these kids are the most exciting band on the planet right now.’ So gushed a fan on this site in early ’07, thoroughly dosed up on a potent hit of Tokyo Police Club’s pint-sized EP A Lesson in Crime. And the swooning didn’t stop with the Torontonians. Or even with the cool kids. Everyone was digging the big "Operator, get me the President of the World" chat. With good reason. It was a stunningly brash and frenetic celebration of unburdened teens; 16 nigh on perfect hook-crammed minutes of post-punk romping, the seedling of a magnificent frizzy-pop redwood.

Or so it seemed. Whether it was the incessant touring that ensued, the strong-arming of a new label or the stifling weight of expectation, is unclear, but the debut proper Elephant Shell in ’08 – whilst a very solid effort - fell a touch flat. Alarm bells rang. In the quest for answers talk turned to the trapping of time; the songs were just too short, the album had taken too long to emerge. Had somebody washed singer Dave Monk’s mouth out with a thesaurus? Things had all got a bit serious, boxed-in by a hitherto non-existent linearity. Had maturity snatched limp defeat from the jaws of a colossal victory?

Step forth Champ, album #2. Not so much sink or swim – they’ve gotten too popular for that – but more a slate cleaning opportunity for these young pups. What are they really all about? Thankfully, the opening two songs extract an almighty sigh of relief. The juvenile titles are no accident, but don’t constitute backward clock turning as such. What they signify is a desire to give the old timepiece a playful tap on the head. It works because this is, essentially, jackanory time. ‘Favourite Food’, a slow/fast lament to the transience of youth, is wedded to a killer guitar dropping in at the 2:20 mark that simply screeches chutzpah. It’s not entirely clear whether Monks is in love or hate with the ageing process, yet he’s learnt to accept its continuation (“there’s another girl and another day and your favourite food still tastes the same”). ‘Favourite Colour’ goes even further, evidencing a box of pop-tricks that the chaps have grown rather adept at mobilizing (reverb-soaked fuzziness, palm mutes aplenty, hanging pauses). The melodies are elevated, divorced from the competitive din pervading earlier work, and lyrically it’s charming drivel – “tell me what’s your favourite colour, tell me how’s your younger brother?” – like We are Scientists bringing their cryptic A-game with a beefed up rhythm section. What with the impossibly sticky refrain of ‘Wait Up (Boots of Danger)’ and the swooping guitar whooshiness of ‘Breakneck Speed’, it’s a glorious opening third. One that proves a little tricky to sustain.

Crucially though, what the band have afforded themselves though assuredness of arrangement is a capacity to experiment without doing themselves an embarrassing mischief. ‘Bambi’, for example, is something of an overstretch with its all too angular da-da da DA DA DA keys, but the interjection of a dreamy, drawling middle-eight harmony provides just the right foil. It’s mastery of the pop-ethos on show once again. Thematically, nostalgia continues to grace each and every track, although this doesn’t translate into consistency in delivery. ‘End of a Spark’ and ‘Hands Reversed’ are a real dip, although ‘Gone’ takes up the slack admirably, a bundle of sparkly ska-bounce that leaps out utterly unannounced.

"Less big words, more exclamation marks" Monks howls on the latter stages of the album, and this just about sums it up. If the two-year run-in to Elephant Shell can be adjudged as one fostering insularity, then the correlate period preceding Champ might be considered as one of grasping reflexivity i.e. the band’s ability to locate themselves within the sphere of their former glories. With Champ they have rekindled the catchiness and immediacy of their first offering. In essence, it is through looking backward a little that they've produced forward facing album; one that harnesses their ambition and trumps pretty much anything that their emo-ish contemporaries are currently peddling.