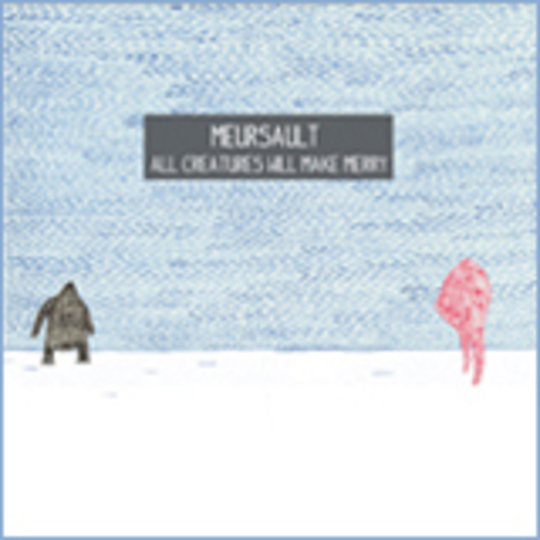 Ever since the release of Meursault's debut long player Pissing On Bonfires/Kissing With Tongues two years ago - a record that drew lofty comparisons with Elbow and The Arcade Fire among others, not to mention the perhaps less surprising Frightened Rabbit - there's been a vuvuzela toned buzz emanating around the sextet's every move.

Hailing from the Edinburgh suburb of Penicuik, Meursault initially started life as the solo vehicle of main songwriter Neil Pennycook and it's his haunting vocal that permeates All Creatures Will Make Merry's every sepia stained move. He's backed by a group of musicians whose preference for traditional instrumentation such as ukuleles, banjos and acoustic guitars augments the dark overtones contained within All Creatures...' mysterious landscape. Despite those earlier references, it wouldn't be an understatement to suggest Meursault pretty much stand out on their own.

Comprising 11 pieces of music in total, from the sixty-second introduction 'Pay Day' (think the theme music to an afternoon Celtic drama) to the penultimate seven-minute monolgue opus 'Song For Martin Kippenberger', All Creatures Will Make Merry makes for uneasy listening at times, but on the whole accomplishes Pennycook and co.'s mission to create epic lo-fi, a description few could argue with on hearing this record.

The intense humming of 'Crank Resolutions' is a case in case. Pennycook's sinister tones cut through the orchestral accompaniment like a knife, immediately bringing to mind fellow purveyors of grandiosity and abatement My Latest Novel or The Strange Death Of Liberal England. The acoustic lament of 'Weather' meanwhile takes on a whole new discourse, its creator's parting shot of "By winter of my summer I'll be leaving you" particularly incisive - you could hardly imagine Snow Patrol uttering such an indigenous retort.

Elsewhere, synthesized drumbeats lock horns with the now-familiar acoustic instruments on 'One Day This'll All Be Fields' to create a timeless folk number not too dissimilar to REM or The Boy Who Trapped The Sun, Pennycook insisting "We will bury you alive" by its close. Likewise 'New Ruin', with its 'Smalltown Boy' proffering hookline that builds in stamina like a marathon runner approaching the final mile before taking off on a multi-faceted electronic tinged course of its own. The title track starts off all resonant and wistful before a blistering halo of white noise engulfs the final third, drowning every last morsel of sound to a distant whirr whilst no doubt gaining envious looks from The Twilight Sad in the process.

All Creatures Will Make Merry is a record bursting with idiosyncratic complexity that may prove difficult to engage with at first, but once those initial barriers of fear are conquered, it's a thoroughly engrossing collection from a troubled mind or six.