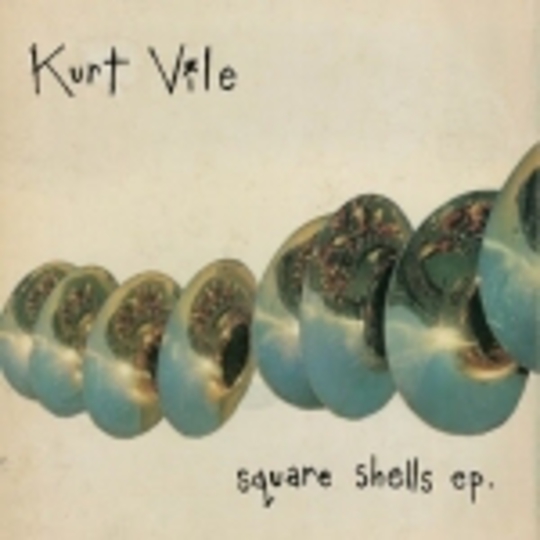 As modern day mavericks go, Philadelphia-based musician Kurt Vile is up there with the best of them. Although initially better known as the guitarist and occasional singer in Philly pop rockers The War On Drugs, Vile's penchant for creating sumptuous melodies with a psychedelic twist was already being honed in earnest. However, as something of a minor player in that outfit, it was no surprise when Vile announced his intentions to take a lead role under his own banner. If 2008's Constant Hitmaker hinted at an endless list of possibilities, last year's Childish Prodigy proved something of a revelation. While the comparisons to Bruce Springsteen and Bob Dylan are perhaps a little sketchy, there's an element of playfulness in the way Vile twists and turns meaningless phrases into errant colloquialisms that reminds us of Sonic Boom post-Recurring or a slightly less direct Syd Barrett.

Backed by his band The Violators - essentially main War On Drugs songwriter Adam Granduciel, occasional WOD drummer Mike Zanghi and guitarist Jesse Turbo - Vile has crafted a disparate collection of songs for Square Shells, initially seen as little more than a stop gap in-between Childish Prodigy and his next full length album. Veering across musical styles and weaving through genres like a drunk navigating the pavements after closing time, Vile has somehow managed to transcend both the hopes and expectations garnered by his previous works and then some, drawing on an unconventional array of influences in the process.

Opener 'Ocean City' could be Sky Saxon's 'Paradise' in a parallel universe as re-interpreted by Sonic Boom; all desolate and frazzled, stripped down and bare courtesy of Vile's simplistic semi-acoustic arrangement. "You've got a best friend, don't know how, you've got a best friend now" sings its creator, nonchalantly. Better still is the elaborate, widescreen voyeuristic seven-and-half minutes of 'Invisibility: Nonexistent'. Mixing sitars with distortion, not to mention several glaring Barrett-isms ("I found it in a drug, then I don't know where I put it and it's gone..."), Vile's almost nursery rhyme-like figures of speech take on a whole new meaning by the time the second half of the song turns into a manic decompressed wig-out not too dissimilar to the one The Beta Band pulled off so gracefully on the magnificent 'Dry The Rain' many years ago.

The drifting psychedelia of Jim Jarmusch-dedicated instrumental 'Losing Momentum' - one of two vocal-less interludes here (the penultimate fairground carousel waltz of 'The Finder' being the other) takes an interesting if unexpected diversion away from Vile's immediate thoughts. The folky 'I Wanted Everything' and rootsy twang of 'I Got Religion' restore parity, even if the latter "took me away", as Vile opines somewhat wistfully throughout.

By the closing bars of 'Hey Now I'm Movin', again firmly pitched in narcotic comedown territory like a 21st century Dr John complete with the obligatory harmonicas, low-slung ad libs ("yeah, yeah, yeah...") and sustained bursts of reverb and delay that Vile is pretty much in a league of his own - bar maybe Cheval Sombre - when it comes to this kind of thing. While a tendency to wear his influences on his sleeve remains, there's enough here to suggest that Kurt Vile is well on the way to forging a distinctive personality of his own doing, and if Square Shells is merely the dress rehearsal for his imminent third long player, its arrival can't come soon enough.