Here's to Taking it Easy 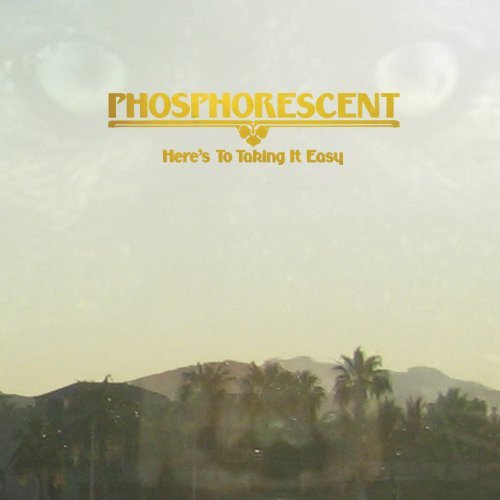 Phosphorescent - Here's to Taking it Easy

If Houck’s music is in transition, this record doesn’t scream 'I’ve found myself'. »

massive album - loved by uncut, mojo and rough trade shops. a bold and classic 70's rock record that sits somewhere between ray charles and neil young. just 20 seconds into the new phosphorescent album, you hear something so immediate, so purposeful, so damn infectious, it's clear that something special is underway. the first album of original material since 2007's 'pride' captures the band moving into a truly extraordinary place. here's to taking it easy is the culmination of the past three years: a grand statement, the album we dreamed phosphorescent would make. 'pride' was a deeply personal, haunting record that phosphorescent's matthew houck recorded on his own, playing all of the instruments himself. 2009's 'to willie' (their tribute to willie nelson) featured houck joined by his bandmates, rambling through the nelson catalog with fifths of whiskey and undeniable swagger. so if 'pride' was built for 5am and 'to willie' sounded just right as last call approached, where does 'here's to taking it easy' fit? this is the phosphorescent record made for any time, any season. featuring the current live incarnation of phosphorescent (scott stapleton, piano; jeff bailey, bass; chris marine, drums; jesse anderson ainslie, guitar; ricky ray jackson, pedal steel), 'here's to taking it easy' is the new cosmic american music. recorded in the band's hometown of brooklyn with outside mixing assistance from stuart sikes (white stripes, cat power, loretta lynn, the walkmen), this album breathes with life like nothing phosphorescent has ever done before. 'we'll be here soon' and 'hej, me i'm light' hint at the narcotic haze of pride, while anthems like 'the mermaid parade' and 'it's hard to be humble (when you're from alabama)' sound perfect pumped out of the car stereo with the windows rolled down. 'heaven, sittin' down' recalls the country rock of 'to willie', while the stark album closer, 'los angeles' sounds as if it was lifted from the grooves of neil young's 'on the beach'. jam after jam, 'here's to taking it easy' brings everything together for phosphorescent; a classic that could be from another era, but sounds perfect right here, right now. on dead oceans.
description from www.roughtrade.com