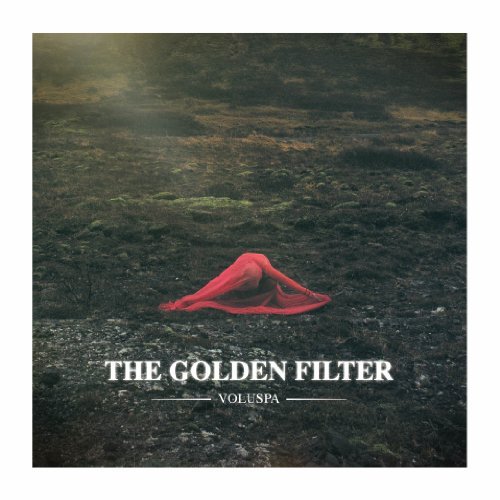 In the age in which the album format is supposedly dying on its arse it almost feels a shame to criticise an album which succeeds is maintaining a sense of cohesion throughout.... Softly-pulsating disco-pop... Tempos and timbres that pulsate just shy of banging.»

the golden filter's oddly titled debut 'voluspa' - named after a nordic poem - finally hits the shelves. for 'voluspa', the golden filter signed with brille records, the label that the knife also call home. like the knife, the golden filter is a mysterious and secretive boy-girl electronic band, but with a heavier accent on synthesizers and disco. on the long road home after a round-the-world tour, penelope and stephen returned to new york city to self-produce their debut album which casts glimpses into their unearthly world where goddesses, love, myths and mountains reign. with drum circles, string sections, field recordings, and lots of microphones, they've gone beyond disco to unveil where their secrets are shared and where their mystery dissolves. 'voluspa' includes three hype machine chart number 1 songs in 'solid gold', 'thunderbird' and 'hide me'. the cd includes exclusive hidden track 'here we go again'. the cd includes 20 stars certificates inserted randomly, giving 20 lucky fans the chance to win a star named after them.
description from www.roughtrade.com