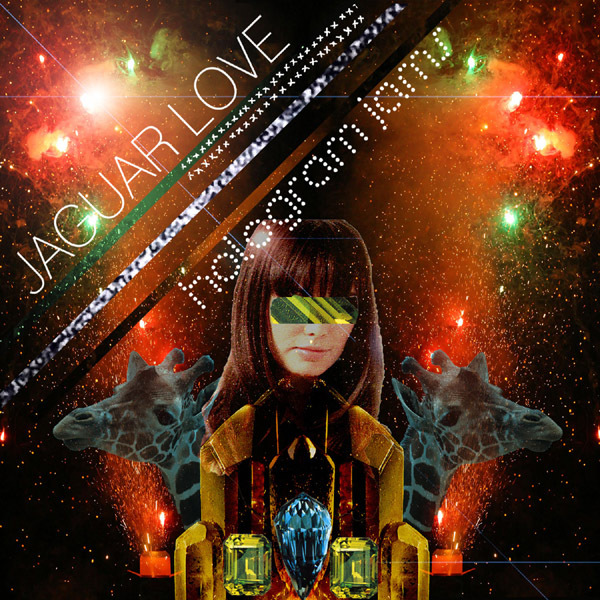 There is the decided feeling of potential not being realised. »

Blood Brothers may have betrayed their blood oath by breaking up, but the spirit of that raucous Seattle act lives on in Jaguar Love. Despite being mainly based in Seattle and Portland, the duo basically live on the road and have played live with the likes of Nine Inch Nails, Queens of the Stone Age (Rob Pope of Spoon played bass for Jaguar Love on a recent tour), TV on the Radio and more. Jaguar Love will be bringing their frenetically raucous live show to the UK for Stag And Dagger and Great Escape Festivals amongst select additional dates.

Forthcoming release ‘Hologram Jams’ is the first Jaguar Love album to feature the band’s stripped down and rebuilt from the ground up two-piece line up of Johnny Whitney (Vocals, keys, drum machines) and Cody Votolato (Guitars, vocals, drum machines), both formerly of the late, lamented Blood Brothers. “Cody and I have always had a strong bond, both creatively and as friends - and working on this album together was the most productive, free flow of ideas I have ever been a part of,” said Whitney.

During their short career so far the band’s inimitable sound has inspired the folks at Matador Records, who signed one album and an EP, as well as Fat Possum, who have now signed them to a worldwide deal.