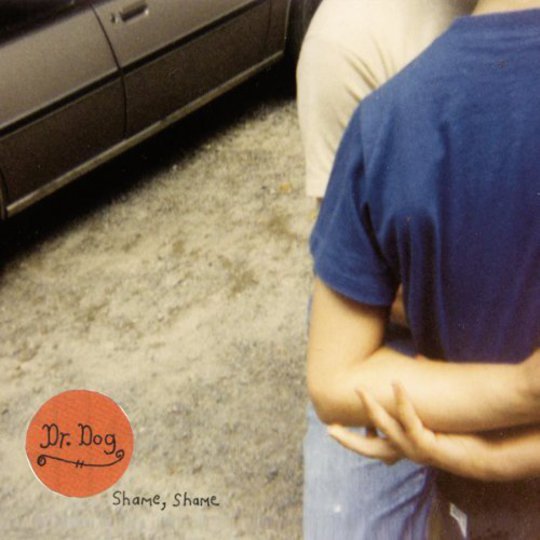 After a host of acclaimed underground records, it can worry the devoted fans of a band to hear that their heroes are roping in an outside influence for their latest effort: it smacks of one last throw of the dice, a seemingly blatant attempt to snatch some mainstream attention or call it quits. It might have worried followers of Philadelphian rockophiles Dr. Dog then, when they heard that producer Rob Schnapf had been signed up to sit at the helm of the band’s latest long-player, after the pure psychedelic wondrousness of their previous efforts. The likes of 2005’s Easy Beat and 2008’s Fate would delight serious fans of the three titantic Bs of the Sixties and Seventies – The Beatles, Beach Boys and The Band – plus anyone who likes their music sounding like it was recorded on vintage equipment by men with beards. So why on earth would they want to mess with the formula?

Thankfully it seems that the presence of Schnapf – who has previous form for ‘scrubbing up’ albums by Elliott Smith and Beck – hasn’t wiped away the little moments of grit that make Dr. Dog so special. Indeed, you could say employing him is something of a failure, given that Shame, Shame virtually sounds like a sequel to predecessor Fate. If anything, it’s less immediate than that record, its harmonious wonder a little more restrained and its choruses not quite as instant.

The only real difference is the more prominent place that’s found for some wilder psychedelic effects – if Fate was Mercury Rev, all rural imagery and natural wonder, then Shame, Shame is The Flaming Lips, a little more vibrant in colour and mystical in its outlook. Indeed, ‘Where Did All The Time Go?’ could be an outtake from The Soft Bulletin, with its woozy, looping keyboards and strained, reedy vocals giving the song a beautifully wistful mood.

Apart from that slight change in the mix, and more of a reliance on electric rather than acoustic guitars on this record, there’s nothing on Shame, Shame to worry those already converted to the Dr’s cause that they’ve made a mistake in proclaiming them to be one of the finest Americana acts around.

There’s a formula to the band’s songs that seems to work so well for them. Built around looping, fluid basslines and loose, expressive drums, the songs of Toby Leaman and Scott McMicken follow one of two paths, depending on which one sings. Either gruff and bluesy (opener ‘Stranger’) or delicate and dreamy (the following track ‘Shadow People’), they’ll both nevertheless be strapped to the kind of harmonies you’d like to bathe in, and perhaps occasionally be wrapped up with some sort of short blast of guitar or some layers of Hammond organ. It probably won’t surprise you to hear that they’re pally with Wilco, My Morning Jacket and The Black Keys – hell, they might as well come with a warning sticker proclaiming the lack of any influence post-1976.

For those that like this kind of thing though, that’s all part of the appeal. Dr. Dog are a band you know you’re going to appreciate as soon as you reach the first chorus. You’ll want to go back and explore their back catalogue, and force them on unappreciative friends. You won’t mind though, because you’ll have the heartbreaking ‘Unbearable Why’ or the rollocking ‘Later’ to fall back on, songs that are robust and stretch out in many directions, and sound like they were recorded in one take, huddled around one microphone, with all five members of the band singing their hearts out. If you like that sort of thing, this is the hard stuff, be warned: it’s addictive.