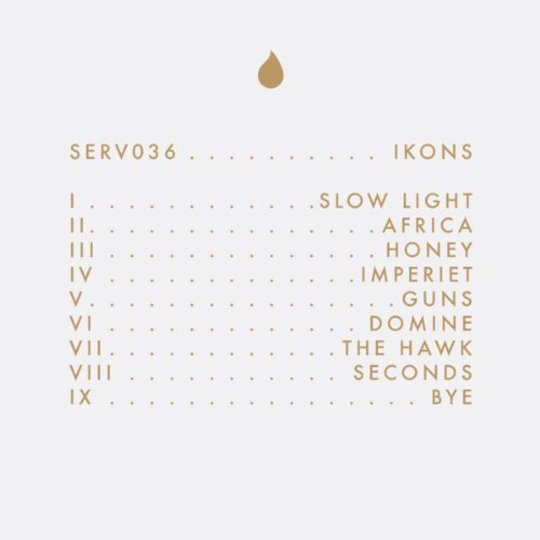 Fusing progressive rock with electronic ambience and dad rock with synth excursions, Ikons are in danger of getting into Madchester territory (or thy would be if they weren't Swedish). Luckily they just abourt manage to steer clear and the result is a record that confuses and confounds the complacent listener.

Opening with 'Slow Light', an eight-minute exploration redolent of the work of the Beta Band, it seems Ikons have crafted a record with sonic exploration firmly in mind. ‘Slow Light’’s space-age schtick aside, there is something graceful about the gradual introduction to the record. Each track here is not just an individual block; rather they build on each other, taking their predecessors achievements and pushing further forward.

This is best demonstrated by the opening trilogy of ‘Slow Light’, ‘Africa’ and ‘Honey’, starting from the spaced out prog of the first track, edging towards the New Order influenced synth rock of ‘Honey’. The progression quickly accelerates towards a darker, dirtier sound and climaxes with ‘Guns’; three minutes of dance rock powered on by a prowling Peter Hook-influenced bass line.

Driving bass coupled with electronic flirtations is certainly not the most novel approach but despite the familiar feel there is something about Ikons that sets them apart. Perhaps it’s the frenzied ferocity of ‘The Hawk’, a track that takes the pure sex of rock'n'roll only to reduce it to a fettered wreck. Or maybe it’s the fact that there is a distinct lack of fat Mancunians mooning over each under-worked over-hyped chord change.

Just when Ikons seem to rest upon their laurels, ‘Bye’ gives the record a shot in the arm. Draped in distortion and jangling arpeggios it reeks of the Jesus and Mary Chain, of the Velvet Underground circa ’67. The vocal sinks deep into the mix creating a lo-fi shot of pure brilliance, which unfortunately manages to undermine nearly all that has came before it.

These idiosyncrasies that make Ikons, and indeed Ikons, a compelling listen. While they won’t shock you as a straight-up proposition the dynamics of this record will at least prove satisfying.