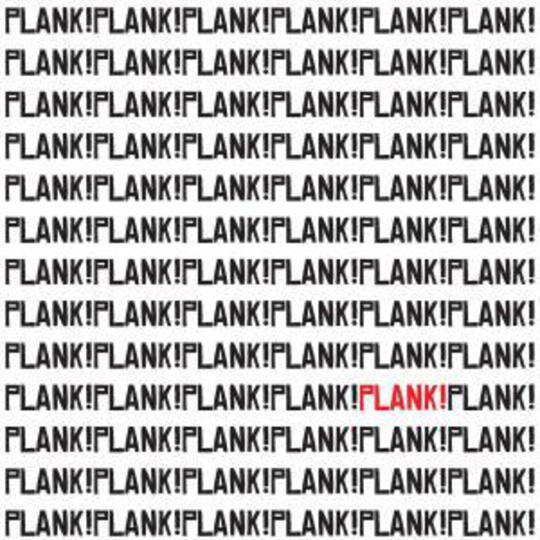 For a place that has, now and again, shared a lot with the genre’s original breeding ground - grey-skies, thick-skinned industrial dystopias - it’s perhaps a bit of a surprise that Manchester and its musicians have never really embraced the methodically diverse tapestries of krautrock. To date only Joy Division and The Fall stand as the area’s real contributors to the cause - the latter’s 1985 LP This Nation’s Saving Grace, in particular, deconstructed the jingoistic belief that such ideas could only be implemented by what our musical press believed to be emotionless musical engineers. Since then the city’s trends have been swerving and twisting their way elsewhere. A collision has been long overdue, and indeed inevitable given the North West’s recently splintering musical diversity.

Which brings us to Plank! The three-piece’s label Akoustic Anarkhy is, in itself, an embodiment of the city’s increasingly complex tapestry of sound; artists on its roster range from the punchy guitars of Beat The Radar to the schizophrenic synth and string leanings of Cats In Paris. Plank!, as you’ve now probably worked out, deal in krautrock, working mainly within its motorikally-driven axis; but with one key notable. They’re sending the whole genre up. First and most obvious, there’s the Neu! parodying name, whilst song titles range from the blatant pastiche of ‘1001 Nacht’ to the schoolboy snigger of ‘Arse Nick’. The opening minute of the Plank! EP's introductory ‘La Luna’, meanwhile, chugs along merrily on a bass line that sails brazenly close to ‘Hallogallo’ (or ‘Sea Within A Sea’ if you want to be recent.) The aforementioned ‘1001 Nacht’ even illuminates the tendency to describe krautrock in mechanical terms - heck it’s certainly going to call out this review a few times - the sound of winding up cogs provides a more than knowing introduction.

Yet such humour adds to a very human feel that counterbalances Plank!’s strong emphasis on machinery rhythm and disciplined, repetitive instrumental hooks and melodies. Grunts and mutters also appear every now and then, as though the group are showing us the factory floor, allowing the listener to observe the manual labourers behind the operation. Instrumental melodies are tossed about between instruments as each replicates what’s gone before, though this playing about amongst themselves doesn’t distract from them continuing to tease us. In the introduction to ‘Arse Nick’, for instance, we’re shown the briefest of woozy meanders into more experimental territory, only for the group to flip us the bird and cascade into something more akin to a B-action film car chase scene soundtrack.

When Plank! do pull focus away from their cantering motorik, as on the cymbal shimmers of final track ‘Phlaa’, they show potential to expand beyond japery; whether they’ll this explore this is another matter. For the time being the trio have their fingers pointed squarely at all the po-faced musos in the room (which’d be, erm, all of us, I guess.) That it happens to be pretty proficient to boot makes it easier to laugh along, though they should remember: jokes can get tired fast.