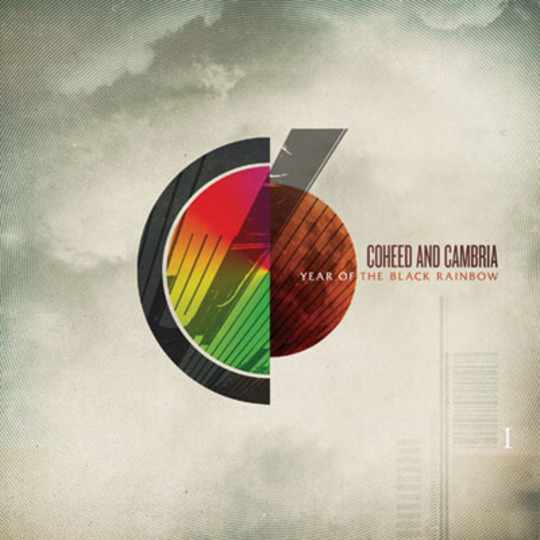 For those short on knowledge of Coheed and Cambria’s unwittingly emo-centric canon, they quite literally have a storied past. This not only stems from fractures in the band’s core membership throughout the course of their now five-album output, but their name is actually derived from the tales (and graphic novels) of conceptual protagonists, ‘Coheed’ and ‘Cambria’. Frontman Claudio Sanchez pens the entire thing, forming a graphic novel centrepiece around the band's musical core and emphasising the their fondness for fantasy and suspension of disbelief. Year Of The Black Rainbow is the final part of this five part series of albums, acting as a prequel to Second Stage Turbine Blade, which was actually their first album. Confused? Good. That’s probably for the best

With such attention to detail doubtless demanding a new level of devotion to an otherwise stagnant musical form, their progressive take on post-hardcore and metal riffs has struck a chord with those in search of the more fantastical side of such romanticism. However, to dwell upon the magnitude of the story as a whole would be relatively unjust with regards to the new part of the story, seeing as, on the whole, the band may well have delivered their most audibly concise work to date.

After a short, sharp opening heralding potentially darker times to come, ‘The Broken’ slams in with standard Sanchez histrionics, twinned with the standard fret play and soaring choruses. ‘Guns of Summer’ dons a Dillinger Escape Plan like pace (new drummer Chris Pennie being a previous member of said band would explain this) before the inevitable drop into darker hue. ‘Here We Are Juggernaut’ produces quite possiblty their most anthemic musical moment to date: it's refreshing to hear proof that even without knowledge of what is going on in, y'know, the story, there is still empathy to be had simply through sheer melodic strength.

What strikes differently with YOTBR is just how much more concise the band’s sound has become. No longer thriving on overblown theatrics, Coheed and Cambria have honed those previous daunting, overblown moments into something far more threatening, instinctive. While this is largely to their advantage, the nagging feeling of monotony does remain, and is not aided by some pretty stark changes of sound.

Sometimes that envelope of accessibility is pushed just that little too far, leaving a residual feeling that their attempts at the ‘normal’ are just a bit too cynical and forced. ‘Far’ is a sibling to the modern pop influenced 30 Seconds To Mars, with the same issue rearing its ugly bonce with ‘Pearl Of The Stars’ – a slow burning, acoustic ballad that feels slightly forced, sitting uneasily with what precedes it. By the time ‘The Black Rainbow’ – the nigh-on eight minute closing epic – slows to its end, there’s a feeling that the band's palette may have stretched to breaking point.

It’s a real shame that the band’s originality seems to have almost become a burden to them. The adventurous nature of Coheed and Cambria was what made them so thrilling. And while this new tangent of popular method could win them a fair few new fans, it may leave some of the loyal wanting more from their next opus.