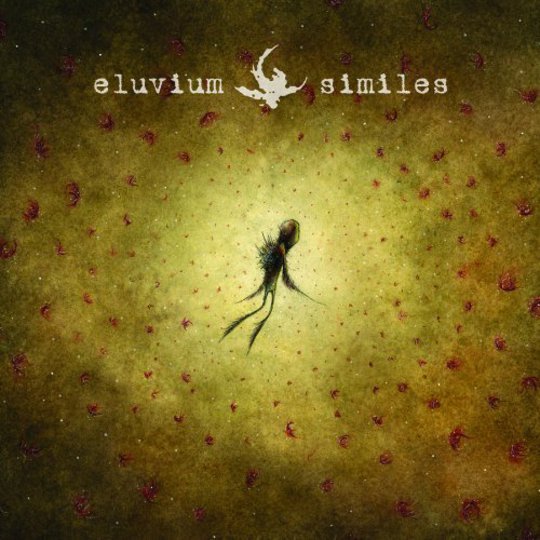 Portland resident Matthew Cooper has been hanging around the peripheries of the ambient electronica, neoclassical and post-rock scenes for a few years now. He's released five albums of music under the Eluvium moniker which were as hazy and nebulous as the nominal boundaries between those scenes themselves. Moving from the minimalist piano pieces of 2003’s debut album An Accidental Memory In Case Of Death through the treated guitar drones of 2005’s Talk Amongst The Trees, to the grander orchestral arrangements of 2007’s Copia, the tools of Eluvium’s trade might have changed over the years, but the contemplative atmosphere has always remained the same. That was something made apparent by last year's vinyl-only retrospective box set Life Through Bombardment which, for those prepared to put themselves through the whole thing, was as peaceful and purifying an experience as spending a week in a religious retreat. But whilst Cooper’s tours with the likes of Explosions In The Sky and Mono – and his recent soundtrack to American indie flick Some Days Are Better Than Others – might have introduced Cooper to a few people outside of these cloisters, most of his records still seem destined to cause little more than a ripple. That almost apt, since many of them actually sound as glassy and still as a pond... ‘Glassy’ also describing the shadow of Philip Glass – alongside those other ambient icons like Erik Satie and Brian Eno – who hangs so heavily over his work.

For Similes however, Cooper has raised his voice in an attempt to be heard. Quite literally, given that this is the first Eluvium record to feature Cooper singing on what might tentatively be called ‘songs’. This has raised a degree of consternation amongst fans of his earlier works – insomuch as people whose musical preference is for meditative ambient can actually get annoyed – yet it’s hardly as if Cooper has sold out and become some chest-beating balladeer here. As soft and whispering as the music around them, Cooper’s vocals on tracks like the opening ‘Leaves Eclipse The Light’ or ‘The Motion Makes Me Last’ sound as timorous as Kurt Wagner trying not to disturb the mice in a monastery. Both also include percussion – another new addition to Eluvium’s palette – although the featherlight patters playing under Cooper’s crystalline ivories more resemble someone gently stroking a typewriter in the distance than anything you could even nod your head to.

Still, whilst those tracks and the likes of ‘Weird Creatures’ – which features Cooper’s solemn and practically inaudible intonations over serene electronics and a piano motif which rises and falls like a proscenium arch – are hardly as catchy as Ke$ha, they’re still positively hummable compared to the instrumental passages which comprise much of the rest of this album. Yet even though ‘In Culmination’ or ‘Nightmare Five’ have an almost complete absence of hooks or even conventional melody – the former being a simple shimmering zephyr of piano and the latter being even more intangible, essentially a slowly fluctuating drone so evanescent you’re not even sure it’s actually there – it’s them rather than Cooper’s stabs at songwriting to which you’re more likely to return. And it’s the closing ‘Cease To Know’ which makes it most clear where Cooper’s talents lie; initially beginning with his barely-there vocals, the track really reaches its best when they fade away entirely and it slowly, beautifully and weightlessly billows and eventually evaporates for the final five minutes. Not that the songs on Similes are a creative dead end for Cooper by any means. But that expansive and slightly melancholy tone which has always been at the core of his music does feel slightly constrained when he tries to squeeze it into a verse chorus verse structure: the best moments on Similes come when he simply lets it wander free.